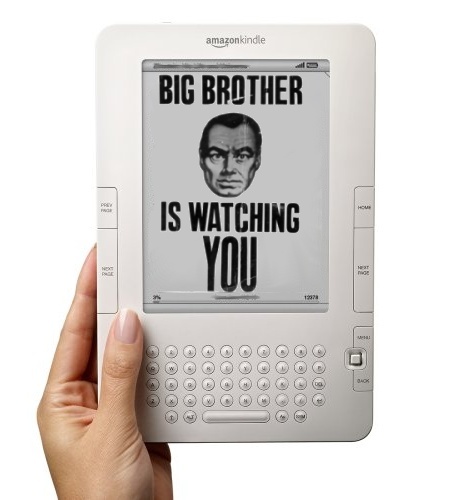 Good news, bad news bubbling up over a new feature in the Kindle 2.5 software. Good news is your Kindle backs up your notes and highlights to Amazon’s servers. Bad news is Amazon analyzes that data – your data – to suggest passages to others.

Report out of The Red Tape Chronicles at MSNBC is that the Kindle’s new “Popular Highlights” feature, which tells you which passages in your Kindle eBook many other people are highlighting, works by keeping track of what you highlight and compiling that data anonymously. Shouldn’t be too shocking given that the system isn’t magic. The only way for it to know which sections are being highlighted is by tracking which sections are being highlighted.

The problems with that, critics say, are that the feature is turned on by default, so most users don’t realize their highlighting is being tracked, and opting out of the system disables the automatic backup of your notes and highlights, so you can either backup and anonymously share your notes or you do neither. I can see why people would be creeped out by that. Happy reading!