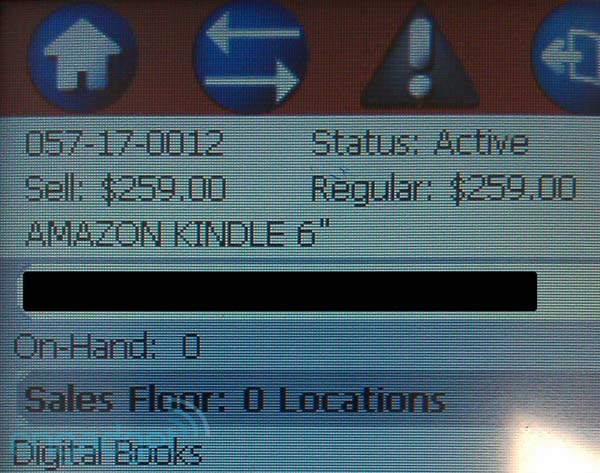 Looks like Amazon might be making a move into the big box brick and mortar stores with the Kindle. An picture of an inventory listing at Target shows the Kindle at a price of $259, supposedly going on sale on April 25. If true, maybe Amazon realizes that to play keep up with the iPad, it has to make the device available for customers to touch and hold. At least until it comes out with its next generation.

That said, I still believe what I said earlier.  Amazon has done more damage to its Kindle hardware business than Apple has by releasing its excellent Kindle app for the iPad.