Just a week after Google unveiled the new Nexus 7 with it its updated internals and modest price point, there are signs that Amazon is preparing an even more aggressive update to its Kindle Fire tablet line.

According to BGR, Amazon plans to bolster its lineup with a new 8.9-inch Kindle Fire HD device that willy likely offer even better internal specifications than Google’s Nexus 7 tablet.

Allegedly, this device will feature a display with a resolution of 2560 x 1600, outstripping the displays of both the updated Nexus 7, and Apple’s iPad with Retina display. At that resolution, this updated Kindle Fire HD 8.9 would even sport more pixels on its screen than most mid-range laptops. 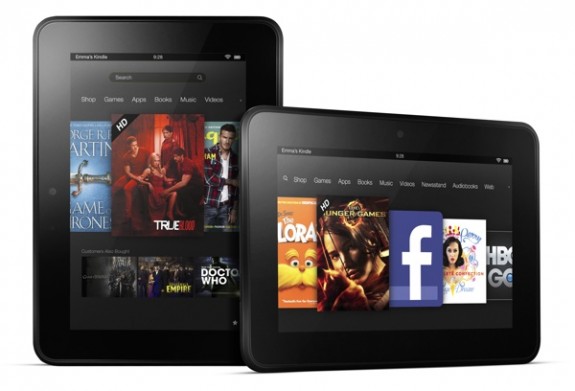 This device would also be bolstered by updates to the other members of Amazon’s Kindle Fire line. This would include a revamped 7-inch Kindle Fire that uses an updated screen with resolution of 1280 x 800 pixels, besting the 1024 x 600 resolution of today’s 7-inch Kindle Fire by a considerable margin. At $159, it’s this model that could act as the catalyst for users looking to pick up a low-cost e-reader that can also double as a media tablet.

All of the devices would feature a slightly different design aesthetic that what Kindle Fire owners are used to. The curves and rounded edges of the current crop of devices would be replaced by tablets that are described as “chiseled.” Allegedly, Amazon would also respond to user complaints about the button placement on its Kindle Fire tablets with designs that feature the volume buttons on the back of the device. 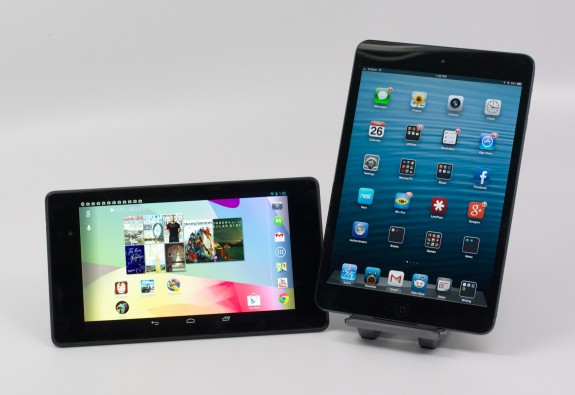 The new Nexus 7 is already out on shelves.

Pricing still isn’t known however, it looks like Amazon intends to keep the price point of these devices the same as they are today. The Kindle Fire HD 8.9” starts at $269, while the Kindle Fire HD 16GB costs just $159. Users can save an additional $30 by purchasing versions that are a part of Amazon’s “Special Offers” program.

If Amazon is able to use the Special Offers program to drive down the cost of its devices, and still provide a modern feature set, it could come closer to taking on the iPad than any other Android tablet, including Google’s Nexus 7.

Google’s new Nexus 7 starts at $229. It features a display with a resolution of 1920 x 1200 pixels, wireless charging, and internals that are designed to make it an affordable gaming tablet as well as an ideal e-book reader.