Staples will sell the Kindle Fire HD 7-inch tablet with 16GB of storage for the same $199.99 price that Amazon charges. The updated Kindle Fire will also sell for $159.

No word on when the larger Kindle Fire 8.9-inch tablet if ever or the new Paperwhite Kindle eInk eBook readers will sell at Staples. The will sell the now cheaper Kindle Wi-Fi which costs just $69.99. It’s the updated basic Kindle eInk reader with the older gray screen that they previously sold for $79.

Here are all the Kindle Fire HD details to read up on before going to over to Staples. 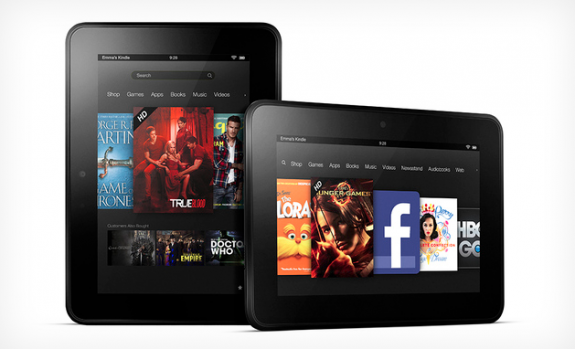 Since they usually sell the 7-inch Nexus 7 Tablet and the 7-inch Samsung Galaxy Tab, Staples is a great place to test the new 7-inch tablets to compare them and try them out before buying.

Go check them out, but remember that a strong rumor says Apple will possibly announce a new mini iPad next month. Unless someone can’t wait, I recommend holding off on a tablet purchase till then. Another rumor says the Nexus 7 might show up with 3G soon.

As someone who owns both the first generation Kindle Fire and the Google Nexus 7 Tablet, I’d recommend going with the Nexus 7 for a few reasons. It offers the complete Android experience with most of what a user gets with the Kindle Fire. It also runs on the very latest version of Android.