Users of the Amazon Kindle Fire reported in Amazon’s forums that they’ve been having problems with Wi-Fi connectivity issues. The issues could have something to do with the way the Fire uses the Silk browser, which Amazon touted as a revolutionary way to speed up Internet surfing. The browser, unfortunately, hasn’t lived up to the Amazon hype in the experience of most users, including me. This comes on the heels of a test that says the interface makes it difficult for users to accurately interact with on-screen buttons.

Evidence supporting the caching problems with the Silk browser comes from the complaint of one user in the forum who said he could connect his Fire to his Wi-Fi network, but that after doing so any attempts to pull pages through the browser resulted in a timeout. He attempted this on three different networks. 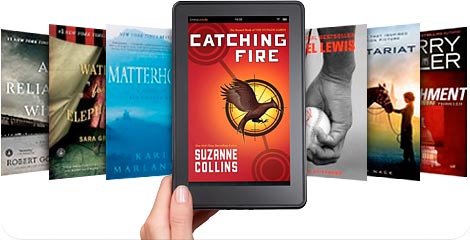 Some users have reported that updating your Kindle Fire will fix this issue, but how can you update if you cannot connect to the Internet? The answer: side load the update by connecting your Fire to a computer, putting the update on the root of the Fire’s storage and restarting the device. Unfortunately, other users report updating and still having an issue.

Amazon programmed the Fire to load Internet content in the browser from its servers. It could be that some people are experiencing issues connecting, not necessarily to their Wi–Fi network, but rather to the Amazon servers. If Amazon experienced some kind of limited outage, they haven’t reported it. We are, therefore, left only to speculate.

I have not experienced an issue with my Fire. I don’t use the Kindle Silk browser, but rather the Lastpass Browser, which is faster and more convenient since I can log into password protected sites.

Are you having trouble connecting to the Internet with your Fire? Let us know in the comments below. If you are having problems, your best bet is to do one of the following: