Holiday shopping is about to get a lot more interesting if you want a tablet. Unlike 2011, where the iPad was the only real tablet on wish lists, 2012 ushers in choices.

While choice is a good thing, it can also make shopping more difficult, which is why we are here to help you figure out which tablet is the right fit for you or our gift recipient.

You can check out collection of viable tablets in our 2011 Tablet Gift Guide, but this article will take a closer look at the most compelling tablets on the market — the iPad, Nook Tablet and Kindle Fire.

With starting prices ranging from $200 to $500, tablets are making an appearance on the many more wishlists. Keep reading for more on how to tell which tablet you should add to your wishlist, or whether grandpa would be best suited by a Kindle Fire, iPad or Nook Tablet.

First, I want to introduce  you to the iPad, Kindle Fire and Nook Tablet. While the iPad has been around for some time and the Nook Tablet looks much like the Nook Color, all of these devices are worth a look. You’ll find some spec comparisons below, but these focus mainly on what you will care about – screen size, cost, apps, access to media like TV shows and Movies. With that said, you can see a Kindle Fire vs. Nook Tablet vs. iPad 2 comparison table below.

Obviously the price is an important factor, and might immediately rule out the iPad 2. Even at $449 refurbished, the iPad 2 is the priciest tablet. For some users, the price is worth it. If you are looking for a cheaper tablet, the Kindle Fire and Nook Tablet offer good choices and deliver a much better experience than the $99 Android tablets sold at some stores. When it comes down to the Nook Tablet vs. the Kindle Fire, you might be tempted to go for the Fire to save $50, but over the life of the device it isn’t that much (just about $2 a month if you keep the device for 2 years). I suggest you look at the rest of the information, before making a purchase based on a $50 price difference. 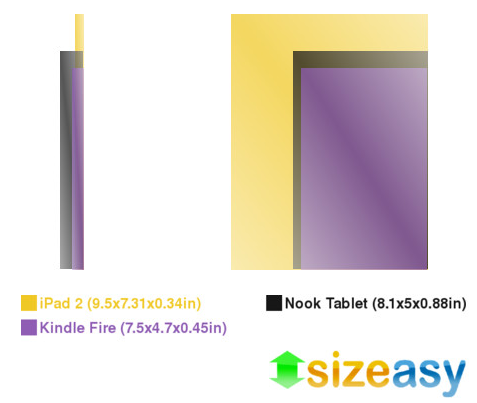 The actual size of the tablet is important. The Nook Tablet and the Kindle Fire are pretty close in size, and sport 7 inch displays. These may be a better fit for users who want to fit their tablet in a purse or in a large pocket. The smaller sizes also give you a lighter weight which is good to keep in mind for reading on public transit or if you like to hold the device in your hand while reading on the couch or in bed. The iPad has a larger size, but is also thinner, so you won’t need much more room to take it with you. That said, it is enough to justify a bag of some kind when you take it out. The larger size brings a bigger screen that is nice for watching movies and TV shows as well as playing games like Infinity Blade. 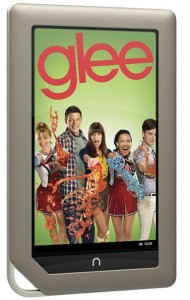 The Nook Tablet boasts a VividView display which looks impressive in person, and Barnes & Noble is quick to point out has no air gaps like the IPS display on the Kindle Fire. This should translate into better viewing angles. The Fire has an IPS display as well, which we found delivers good colors and decent viewing angles.

The iPad stands out here with a 9.7″ display that has a 4:3 aspect ratio. This means you’ll have some lines around your movies like you would on an older TV.

All of these devices offer a good experience, and none will be particularly great outdoors, so you should consider the actual size here. If you want to watch a lot of media or have a bigger screen for apps, the iPad wins out.

Battery life is pretty close between all of the tablets, which should allow you to get through the day, even watching videos. The nook Tablet boasts the longest battery life, but it is close enough that this shouldn’t be a major factor.

If Apps are a big reason for getting a tablet over a traditional eReader, you should take a look at the apps available for each device. You can do this without actually owning the tablet following the links below.

Apple has the largest selection of apps, and arguably the best games selection right now. This could change as developers get to take advantage of the faster processors in the Nook Tablet and the Kindle Fire. I caution you against purchasing a tablet based on a promised feature or the possibility of a better experience down the road. 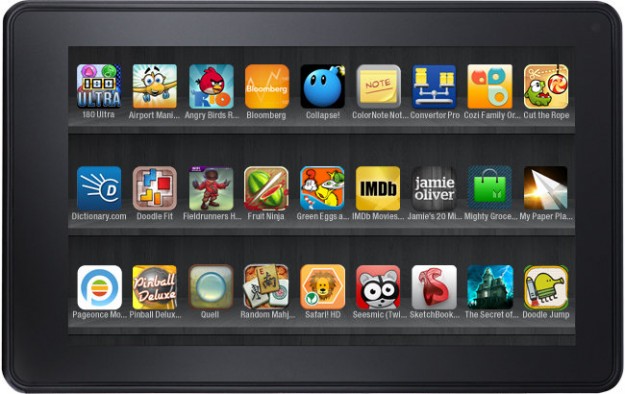 Both the iPad and the Kindle Fire have more choices in each category than the Nook Tablet, but again, if your favorite apps are available this won’t be a major issue.

You can compare app availability by searching the following locations

If you are having trouble finding apps that you want, you may want to wait for them to arrive before buying a tablet. 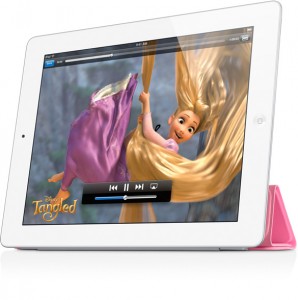 Movies and TV: If you want to use your tablet to buy and stream movies and TV shows, the iPad is a clear winner. You get access to the iTunes movie and TV show library, apps like Hulu Plus, Netflix and Others. The Kindle Fire and Nook Tablet aren’t without their media though.

The Nook Tablet offers yet another take, including Hulu Plus and Netflix as well as the ability to load your own videos on the device. If you prefer a monthly subscription, this is good news, but there don’t appear to be many legal ways to purchase and load your own content for offline playback. Specifically, your iTunes purchases won’t play back on the Nook Tablet.

Books: If you love to read, you should be covered on every device. The iPad allows you to purchase books from Amazon, Barnes & Noble and iBooks. The Kindle Fire offers access to Amazon’s huge library, and the Nook Tablet offers a similar sized library. If you like obscure books, check out the book availability at Amazon, in iTunes and on Barnes and Noble. If you subscribe to Amazon Prime, you can borrow a free book form Amazon, from a limited library of 5,000.

The Nook Tablet and the iPad will let you load your own books, purchased from third party bookstores, but the Kindle Fire doesn’t have this as a confirmed feature at this time.

Magazines: If you want to read magazine tablets, you aren’t alone. Here’s a quick look at the Magazine content available on each tablet.

Many magazines you get in print can be activated on the iPad and Nook Tablet for free. Amazon hasn’t offered any word on bringing your paper magazines to the Fire for free.

Comics: Another area where each of these tablets come close to each other is with comics. The Nook Tablet has NookComics, the iPad has multiple comic apps and the Kindle Fire will have Comixology. Due to licensing issues and contracts, some brands are tied to specific apps, so double check your favorites using the app store links above.

Which Tablet Should I Buy?

Reader – Nook Tablet or Kindle Fire: For the voracious reader, the Kindle Fire or the Nook Tablet may be the best bet. The small size and light weight make it easier to hold for extended periods.App Lover

Media Junkie – iPad: The larger screen on the iPad makes it a tempting choice, plus you get access to the largest number of media apps for TV shows, movies and more. If you are on a budget, the competition offers the major players.

Productivity Focused – iPad: If you want to get work done on your tablet, the iPad is your top pick. You get a larger screen, productivity themed accessories( like Bluetooth keyboards), and many productivity apps and services.

Parent – iPad or Nook Tablet: Parents who want to share a tablet with their child will want to consider the availability of kids apps and kids books. The iPad has a large number of kids apps and digital storybooks, but not everyone wants to spend $500 on a tablet that will be in the hands of young kids. The Nook Tablet has access to a number of digital story books and allows parents to record themselves reading a storybook. The Kindle Fire should eventually get these apps, according to developers, but we’re still waiting.

To get a better feel for each of these tablets, check out our hands on coverage and reviews.

If you have additional questions, let us know in the comments.