If you’re looking for a great deal on a Kindle Fire tablet, now is the time to take action, as Amazon has discounted the Kindle Fire HD 8.9″ down to $129 for a limited time.

Of course, the Kindle Fire HD lineup isn’t the latest and greatest from Amazon, but it’s still a vary capable piece of machinery that casual users can get a lot of use out if they’re dedicated to Apple’s ecosystem.

We haven’t seen a lot of Kindle deals lately from Amazon, which is rather surprising considering that the company was all up on the deal throughout the first half of the year. However, this is the best deal we’ve ever seen on the 8.9-inch version of the Kindle Fire HD, so if you’re thinking about grabbing an Amazon tablet for cheap, this is perhaps the best time to do so currently.

It’s important to note that this is a refurbished product, which means that it was bought brand-new at one time and then returned by the customer, but it comes with the same one-year warranty of Amazon’s brand-new products, so you’re getting the same protection.

Sadly, Amazon’s latest Kindle Fire tablet, the Kindle Fire HDX isn’t on sale, but don’t be surprised if we don’t see a discount in its near future, especially with Black Friday and the holiday shopping season coming up this year.

The Kindle Fire HD and HDX have been discounted several times this year, and Amazon has never been shy about chopping the price on its own hardware. You can usually take advantage of Kindle hardware sales throughout the year, so there’s almost no reason not to wait for a good deal on a Kindle ereader or Kindle Fire tablet.

The Kindle Fire HDX is still relatively new, and it comes with some impressive specs. Perhaps its most impressive feature is the 2560×1600 display that provides a crisp and sharp image with a higher pixel density than the iPad.

Of course, this isn’t the first time this year that Kindle tablets have been on sale. Amazon has provided a ton of deals already this year on its tablets, and it also discounted its tablets and ereaders several times last year in December and November for the holiday shopping season, where you could get the entry-level ereader for $49. 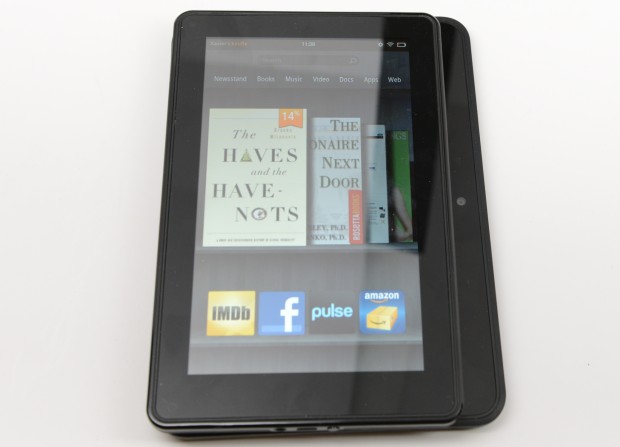