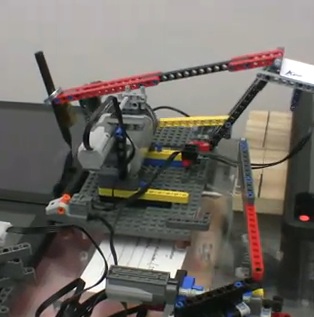 The folks making the Kno, the giant pen + touch tablet for education, are serious about pen input. So serious, they test it with toys. Robots made of Lego to be exact. Sounds like fun and games, but it’s all for science and product testing. Now, let’s see those Lego robots in action.

Okay, so they’re those simple robots that repeat the same task, but they’re still robots made of Lego testing pen input on a tablet, which is three things I love in one video. On top of simple pen input, they’re also testing the light sensor and swipe gestures. Good work by the Kno guys. Still worry about the maneuverability of their big dual-screen Kno, but I’m glad to see they are taking pen input very seriously.