Supposedly Wearable devices are the next big trend. I’ve been on a trend saying that I think this is just another fad that won’t catch hold in the consumer market without someone providing a good use case. Hot new things for hot new things’ sake don’t usually fare well in the marketplace. We haven’t seen those use cases yet, and in the early going there’s a decided wait and see attitude among most, except the early adopter gadget addicts. As far as one of the big Wearable debuts that we’ve already seen is concerned, it looks like the Chinese knockoff pirate industry doesn’t see much upside to at least one of products, The Galaxy Gear smart watch. 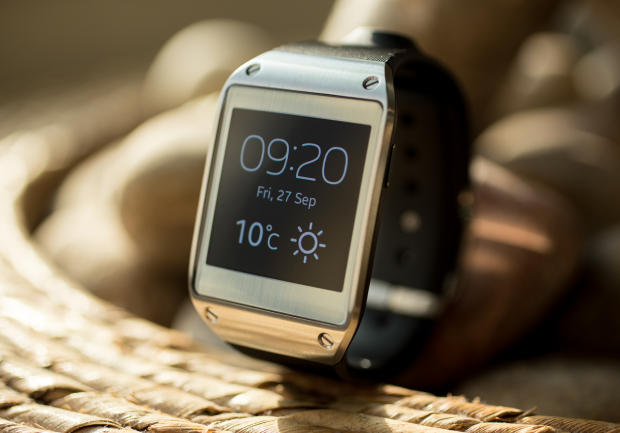 The Galaxy Gear was unveiled earlier this year by Samsung as a companion to (some) of its smartphones. It’s a watch that connects up to your smartphone and provides you notifications and information that you could just as easily see on your smartphone. That is probably one of the many reasons it never caught on with consumers. When it comes to mixed messages, I actually laugh each and every time I see the TV commercial that features a Galaxy 4 ringing with a notification of a phone call coming in, and then the model’s hand rotates over so you see her take the call on her watch. Talk about confusing the use case issue. Or not having one.

But there’s another possible trend to look out for when it comes to Wearable computing. Apparently CNN visited Shenzhen’s Huaqiangbei commercial district, where knockoff merchandisers sit chock-a-block next to each other. What CNN discovered was that the pirates who do the knocking off apparently don’t see an upside to the Galaxy Gear. The market interest, at least as far as these folks think, just isn’t there.

These knockoff pirates are apparently an early indicator of a gadget’s success, or they have been in the past, with knockoffs appearing sometimes before the real thing hits the market. According to the report, they also don’t stay on the shelves very long if there is no juice to the product line being ripped off.

At the conclusion of the CNN report there is this paragraph:

Samsung’s head of Open Innovation Center, David Eun, told a conference in November that the Gear is still a “small green tomato” that has not yet matured into something special.

I’m not so sure it is all that smart to start using ripening fruit as a metaphor for any new gadget product. The ripening to rotting cycle just offers too many opportunities. On the other hand maybe that is what we should start using to replace the “beta” label that should go on to these unripened products.