Well, maybe this clears up some confusion and maybe it doesn’t. News about the Kohjinsha SAF100 has been bouncing around for awhile. In fact, Engadget even included it in their Tablet PC Awards polling much to the dismay of anyone who follows the Tabletscape, seeing that it previously didn’t have either an active digitzer or a touch screen. 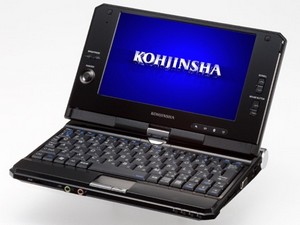 Word comes this morning that the Kohjinsha SAF100W and SAF100V now have touchscreens. Interesting that it only runs XP Home SP2 though. Go figure.