Kolibree’s smart electric toothbrush at CES is 2014’s version of last year’s smart fork that brings a wave of new connected devices that begs consumers to ask if they need it. If you answered yes, then Kolibree’s solution aims to not simplify brushing, but make it more precise so that you evenly and meticulously clean all your teeth.

At its heart, the Kolibree smart connected toothbrush pairs with your smartphone and identifies how long and where you spend your time brushing. If you’ve neglected a specific tooth, or a specific region of your mouth, then the connected app will let you know so you can correct your dental care behavior. The aim is so, as the company says, you can avoid potentially damaging dental problems, though Kolibree stops short of saying that this will prevent cavities or any other problems. 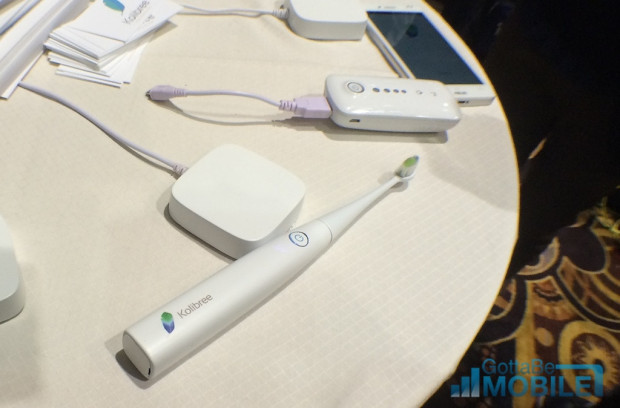 The electric toothbrush itself is similar in idea to a Philips Sonicare where the vibrations help to clean your teeth and remove plaque, rather than having a spinning head like in some of Braun’s Oral-B models.

A Kickster campaign is forthcoming to get Kolibree funded, and the company says that it is still working on fine tuning the bristle design for the toothbrush. The device is expected to cost between $100 and $200 depending on the model and design. 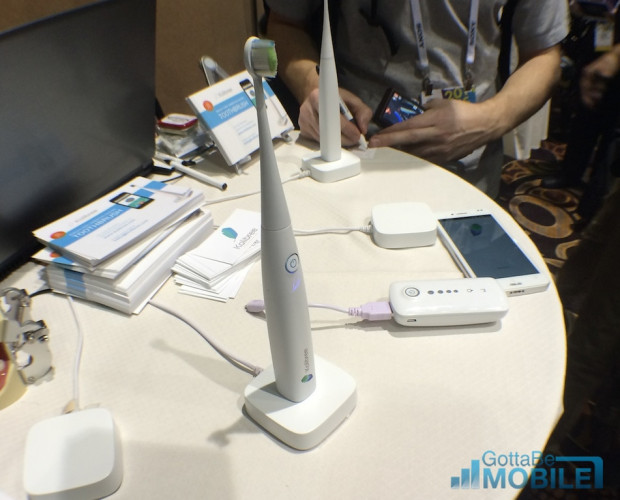 In the past, parts of Kolibree’s bigger strategy has been attempted by other companies. Oral-B, for example, had implemented a timer, though not one through a smartphone, to guide brushers on how long to spend brushing in specific regions, or quadrants, of your mouth. This way, you brush for at least the 2- to 2.5 minutes that dentists recommend while spending a relatively equal amount of time across your teeth by breaking up that chunk into smaller timed intervals for the quadrants.

Kolibree’s biggest challenge would be to compete against larger names in the brushing space at that price point. Both Oral-B and Sonicare already have a devout following, and much cheaper ultrasonic and oscillating or vibrating toothbrushes could be found easily at drugstores.