The waterproof consumer-centric Kyocera Hydro, which we saw earlier this Spring at the CTIA trade show, will finally be coming to U.S. prepaid carrier Boost Mobile. According to the carrier, the smartphone will be available in stores starting on August 3 for a low price of just $130 without a contract.

The phone will ship with Android 4.0 Ice Cream Sandwich along with some mid-range specs, which include a 1 GHz single-core processor, 3.5-inch display, and 3.2-megapixel rear camera. 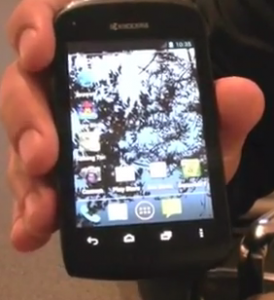 According to the Hydro‘s manufacturer, the device can be submerged in up to three feet of water for up to 30 minutes, which is great for those who lounge poolside this summer and need to have their smartphones with them for constant messaging, calls, and connectivity.

While the Kyocera Hydro is a waterproof smartphone, on the surface, it’s not industrial looking and has pleasing consumer aesthetics, with smooth edges and contours. Coupled with a a relatively slim profile, the phone itself appears to look like most other smartphones or touchscreen device at a cursory glance.

The Hydro will be able to hop onto Sprint’s 3G network as Boost Mobile is a a wholly-owned Sprint brand.