The Samsung Galaxy S5 and iPhone 6 release dates aren’t official, but there is already a way to lock in a $50 discount on either phone at Best Buy — that ends today.

The Samsung Galaxy S5 release date is rumored for April or May and the iPhone 6 release date is rumored for summer or fall. Even though there are no specific dates or even announcements the most important thing to remember is that these phones are certainly coming this year. Apple could choose to use a different name, but it is unlikely that 2014 will pass without a new iPhone or iPhones.

That’s where Best Buy comes in to play. Earlier this month Best Buy kicked off a promotion that offers customers $50 off any phone on Verizon, Sprint and AT&T that they purchase at Best Buy by the end of 2014 as long as they register their number by the end of today. 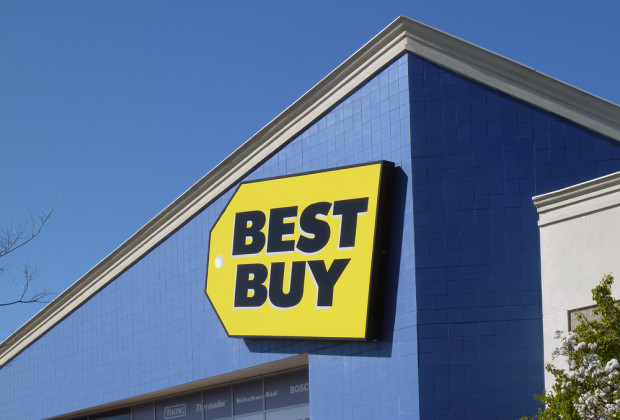 Lock in $50 off the iPhone 6 or Galaxy S5 along with other phones at Best Buy today. Lynn Watson / Shutterstock.com

If you are not up for a new phone now, no problem. Simply lock in the deal on up to five lines and if you buy a new phone from Best Buy this year on a two-year contract you will save $50 off the price in the form of a gift card that can be used to pay for the purchase of the phone.

Shoppers that want to get a new iPhone 6 or Galaxy S5 this year should register for this discount today, even if they aren’t sure that they will buy the phone at Best Buy. There is no commitment to this program, so undecided shoppers can still sign up with no strings attached.

This deal is also perfect for anyone looking to buy an iPhone 5s, iPhone 5c, Galaxy S4, HTC One or other smartphone on Verizon, AT&T and Sprint. Unlike many deals that are only helpful if your contract is up, this is one to hold on to for any renewal in 2014. Users can register a primary line and up to four additional lines. The deal works for users switching or renewing lines, but is not valid on new lines.

Best Buy is a good place to buy a new phone, but users that need the latest smartphones on the Galaxy S5 or iPhone 6 release date may not be able to use this deal. Best Buy often sells limited amounts of the iPhone on release day and while there is less likely to be a problem with the Galaxy S5 it is possible that carrier stores will have them in stock first.

The Samsung Galaxy S5 release date is rumored for April or May with a larger screen and an improved camera. Samsung is holding an event on Monday February 24th to announce the Galaxy S5 where we will finally see the design, learn the specs and hear when the phone will arrive. Check out the rest of the Galaxy S5 rumors.

Apple’s iPhone 6 is reportedly coming with two screen sizes to better compete with the Galaxy S4, GalaxY S5 and Galaxy Note 3 which are slowly picking off users that want larger screens. The iPhone 6 release date is rumored for summer or fall, but with no specific timing yet. We expect an upgraded processor and a better camera. The iPhone 6 display sizes are rumored as 4.7-4.8-inches and 5.5-inches in size. Check out the rest of the iPhone 6 rumors.