Though Apple had initially unveiled its latest efforts for the car in the form of iOS 7 in the Car earlier this summer at WWDC, delayed developments efforts have so far prevented the release of the software. Now, it looks like with beta 2 of the iOS 7.1 operating system that is currently being seeded to developers, there is a new menu setting suggesting that iOS in the Car is closer to a launch.

“Right on time, the latest beta of iOS 7.1 has added a toggle to enable or disable “Car Display” in the Restrictions Settings panel,” 9to5 Mac reported. “We also understand from multiple sources that Apple has greatly increased the amount of iOS in the Car references in both iOS 7.1 beta 1 and in the new beta 2.” 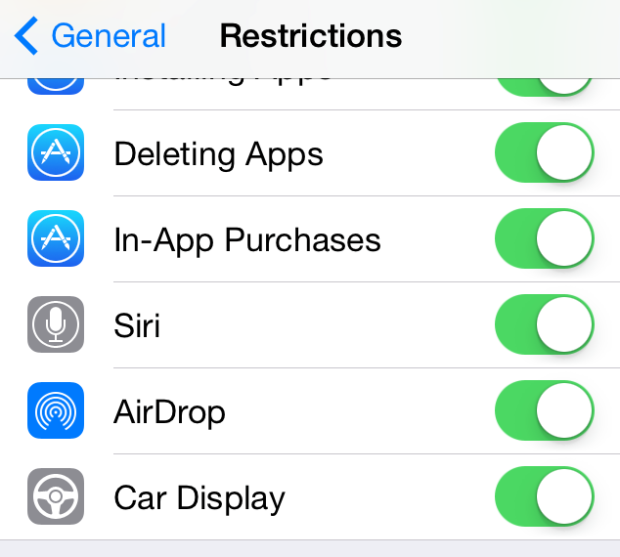 The publication speculates that though potential delays may stall the launch of iOS in the Car further into 2014, it is believed that the feature will debut alongside iOS 7.1. 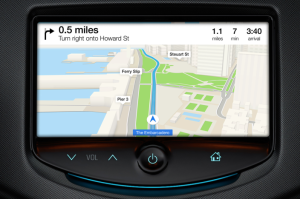 Apple’s first foray into the car was marked by Siri Eyes Free, a feature that allowed users to activate Siri’s voice control commands with steering wheel controls in the car. iOS in the Car is a further expansion of Apple’s venture into the automotive space, a move that combines Siri Eyes Free with added functionality. For example, with iOS in the Car, Apple will allow auto-makers to display the iPhone’s mapping and other compatible apps on the car’s display, for safer use, over a wireless connection or when the phone is plugged into the car with a Lightning cable.

Essentially, iOS in the Car mirrors a number of apps from the iPhone’s smaller display to a much larger, more easily accessible center display on the car so drivers will face fewer distractions. It also brings “smart” functionality to cars that may normally not have these features built-in as some of these features are expensive upgrade add-ons or are only available on luxury car models.