Were you one of those who experienced the recent problems with the iOS Facebook App? Did you see an update late yesterday, November 8th, and think this might solve your issues? Did you download the update and find that the App wouldn’t update at all, leaving you with a darkened icon, and an App Store error message? Well, you’re not alone. (Note to self: Don’t go out drinking with friends and see App updates and decide to update Apps.) The latest iOS Facebook App update creates more woes for those thinking a fix had arrived.

As we reported earlier yesterday a number of iOS users were having problems with the most recent update to the Facebook App. That version (6.7) caused the App to crash for some. For those who could get it running they found they couldn’t post Status Updates or upload photos. We warned to avoid the update and also offered a quick tip on how to restore things back to the earlier version. I had no issues with the prior update, but I did choose to update some Apps after returning home last night. The newer update for Facebook is version 6.7.1.

UPDATE: Some users are reporting workarounds and some are reporting that the problem is solved for them. I can confirm that the App will now download on my iPhone 5s. Others are still reporting problems, but this looks like it is on its way to be solved. 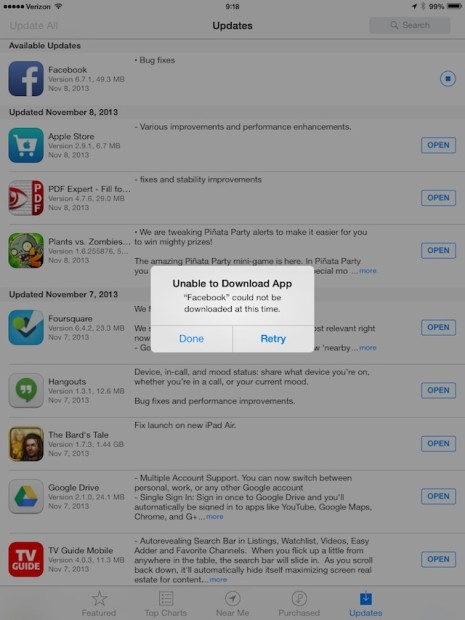 This 6.7.1 update will not only not complete, it will remove the capability for you to restore to the earlier version we mentioned in yesterday’s post. Theoretically this update was delivered to fix the previous problems, but then we all know that things don’t often go as planned in Mobile Tech and App land. 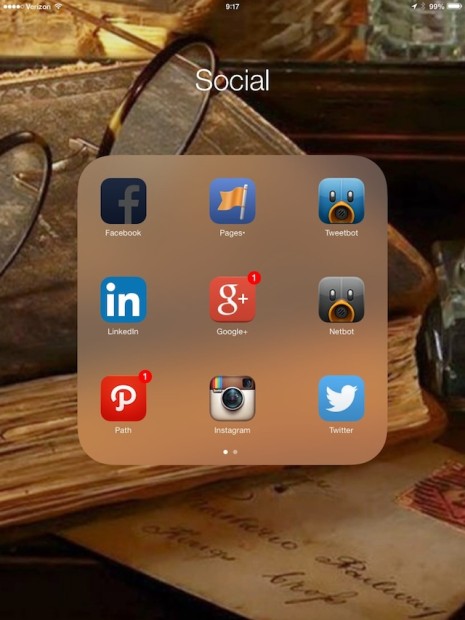 So, if you’re an iOS Facebook App user, perhaps this would be a good weekend to lay off Facebook. You never know, you might enjoy it.