A new bug was discovered on the iPhone 4S–following previous bugs related to battery issues, audio echoing, and speed issues–that prevented its owners from hearing anything on the earpiece speaker when placing calls. Though it appears that the other party can hear perfectly well, iPhone 4S callers cannot hear the people they are trying to call. 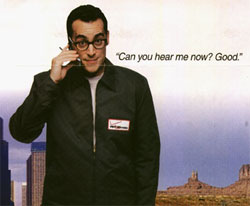 Apple has so far not responded to the issue, and the issue appears widespread as it has 32 pages of user accounts and complaints on Apple’s official forum.

There are a number of user-discovered workarounds to the bug, including turning on and off speakerphone, plugging and unplugging headphones, and activating Siri.

One possible explanation for the glitch is that there may be a driver issue. The issue affects all models of iPhone 4S on all different carriers.

Whatever the reason is, for a second-generation product with the same body style as last year’s iPhone 4, users are expecting a more polished phone, not one with more bugs and issues than last year’s Antennagate issue.