A leaked slide deck from Research in Motion obtained by n4bb hints that the next-generation BlackBerry OS, called BlackBerry 7 OS, will be hitting sometime around November 2011, though at this time it’s unclear whether this will be in limited fashion as a developer preview, as an upgrade to BlackBerry 6.x devices, or on new hardware first with upgrades rolling out after to older devices. 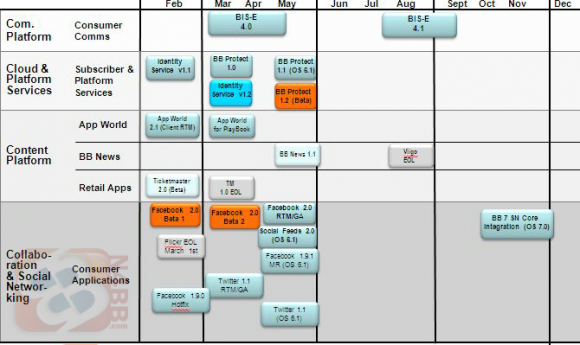 Leaked BlackBerry hardware in the past–for both GSM and CDMA models–reveal that hose BlackBerry models, including updates to the Curve, Bold, Torch, and Storm along with new devices like the Curve Touch, will be launching with NFC support and BlackBerry 6.1 OS.