Leaked HTC One X 5 Phablet Image Is the Real Deal

The leaked HTC One X 5 image, which was later deemed to be a concept, is now said to be the real thing. It’s been speculated for quite some time that HTC is working on a phablet form factor device to compete against Samsung’s Galaxy Note series and LG’s Optimus Vu, which was launched on Verizon as the LG Intuition 4G.

According to Pocket-lint, which had gotten confirmation that the image is real, the HTC phablet is said to be launching in the coming months. 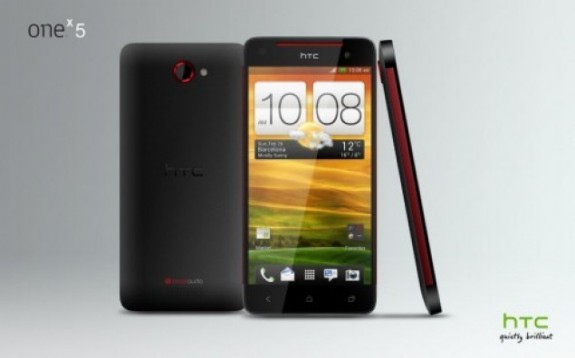 The device has been leaked to be launching on Verizon Wireless in the U.S. and will offer competitive specs, such as 4G LTE network support, quad-core Snapdragon S4 CPU, and a high resolution 1080p HD display in a 5-inch form factor. HTC so far has not commented on any of the leaks, specs or images.

For Verizon Wireless, the device is also known by the DIx moniker. It was previously reported that the device may be known in the U.S. as the Droid Incredible X for Verizon. It’s unclear if HTC will keep the unified One X moniker, or if it will allow Verizon to rebrand the device when it launches.

In addition to the One X, another device that is getting quad-core Snapdragon S4 Pro support is the recently announced LG Optimus G, which will be LG’s flagship phone efforts. Samsung’s Galaxy Note II will launch in the U.S. with 4G LTE support, depending on the carrier, along with the company’s quad-core Exynos CPU.