Microsoft’s Windows Phone operating system isn’t in danger of stealing the iPhone’s users just yet, but new leaked photos of an upcoming device do indicate that Microsoft plans to at least borrow some of the iPhone 6’s design cues and good looks.

Leaked pictures of this new device, surfaced late last night on Chinese social network Weibo. It isn’t yet clear what the device will be named or what features it will have inside, it is clear from the picture that this Windows Phone will compete with the iPhone 6 for the attention of mid-range to high-end smartphone buyers. 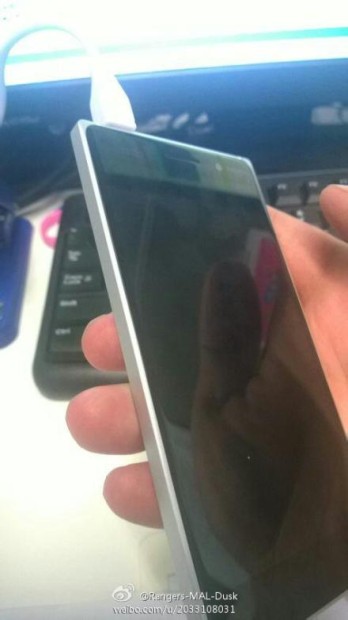 Leaked photos of the Lumia 830.

Like the iPhone 6 and every iPhone since the iPhone 4, what’s being called the Lumia 830 by Windows Pone Central has aluminum edges on all four sides. Presumably, this is because the Lumia 830 will use its metal enclosure as an antenna like Apple first pioneered. Interrupting that metal band are small little white bands, again just like past iPhones and what we believe to be the iPhone 6.

There’s what appears to be a front-facing camera at the top of the device and a button-less left edge. Unfortunately, there aren’t any pictures of what the right-edge of this device looks like. It is worth noting that the device appears to have a rather large display and completely lacks any physical buttons like the Back, Search and Start buttons that Microsoft used to require companies to include on their devices. This rumored Lumia 830 also has a white polycarbonate back with and a rather large camera pod that looks similar to the one on the back of the Lumia 1020. 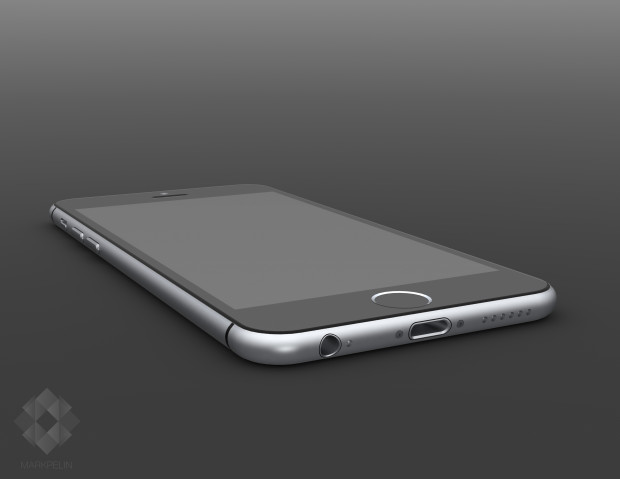 Leaks indicate that Apple’s iPhone 6 will have a 4.7-inch display, marking the only the second time that Apple has increased the display size of the iPhone. That last it did this was with the iPhone 5 roughly two years ago.

If this is the Lumia 830 than Windows Phone might finally have a successor to a few of its aging smartphones. The Lumia 1020 and Lumia 925 are beginning to show their age. The Lumia 1020 is Microsoft Mobile’s smartphone that focuses solely on taking photos. It’s 41 megapixel rear-facing camera looks remarkably similar to the rear camera that’s in the pictures of this leaked Lumia 830. In addition to looking similar to the iPhone 6 and iPhone 5 – it’s hard not to – the device in these photos matches the design flourishes of the Lumia 925. Like the Lumia 1020, the Lumia 925 was a specialty smartphone, it was released as an answer to users who wanted the hardware of the Lumia 920 but in a body that matched the curves and thickness of the iPhone 5.

Presumably, Microsoft Mobile, which is the same part of Nokia that made and marketed smartphones before, will have more to share about the device in this photo and a few more devices sometime later this fall. At least one device in Microsoft’s fall Windows Phone line-up, McLaren, will include sensors that will allow users to control it without having to do touch its screen. Reportedly, McLaren users will be able to raise or lower the device’s volume by just sliding their finger up and down on its metal side. McLaren will lock its screen orientation automatically thanks to its motion sensors too.  To be clear, if this is the Lumia 830 in these photos than it won’t include this 3D motion and touch technology. If WP Central is wrong and this is McLaren in these photos then it will.