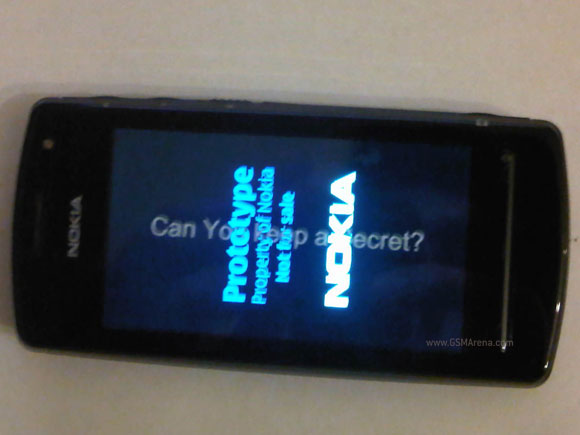 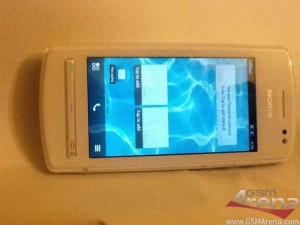 Leaked images of a new, unannounced Symbian^3 smartphone shows that Nokia may be looking to refresh its entry-level Symbian lineup with a device that may be launched as the Nokia N5. The Nokia N5, as was leaked, has a slate-style form factor with a 3.2-inch display, the Symbian Anna software update pre-loaded, and a 5-megapixel camera with LED flash on the rear. The Nokia N5 is said to be followed by an N6 and N7 with possibly larger screen sizes.

Just below the display, we have buttons for call send and end, and a menu key. The buttons appear to be a long, singular button that may be some sort of rocker, rather than having three separate buttons for those three distinct features. 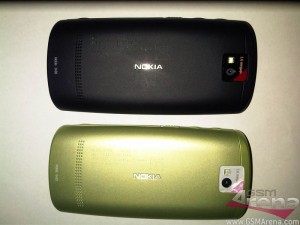 The positioning of the Nokia N5 as an entry level device, or consumer device is surprising. Nokia uses its N series for high-end flagship multimedia and camera phones, its E series for business-centric devices, and its C series for consumers. Given the N5’s specs, it’s unclear why Nokia is not positioning the device in the C series, especially since the camera doesn’t bear the Carl Zeiss moniker for optics. The Nokia N series is currently headed by the Nokia N8, which boasts a stellar 12-megapixel camera, dual Xenon flash and mechanica shutter with Carl Zeiss optics.

Whatever the case may be, the Nokia N5 may be available in black, white, and green, perhaps in the same green hue that is found on the green Nokia N8.