A new leaked Nokia smartphone could be the Windows Phone 8 follow-up to the Nokia Lumia 800.

According to WP Central, the leaked Nokia “Phi” Lumia phone could be Nokia’s first dual-core Windows Phone (which means Windows Phone 8). The yellow smartphone has the same design of the Lumia 800, complete with the curved screen that Nokia left off the Lumia 900. 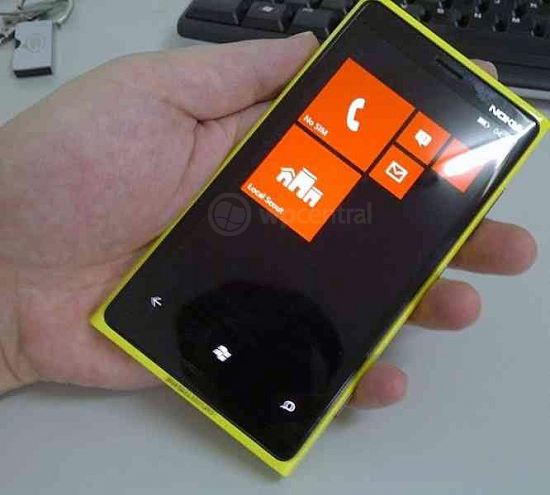 The device will likely be able to ship in late October, just a bit earlier than the rumored November release of Windows Phone 8. This could be the phone Nokia plans on launching at Nokia World in September, one week before the rumored iPhone 5 launch. If it is that phone, we hope it comes in more colors like the Lumia 800 and Lumia 900. We really like the cyan Lumia 900, and we’d love to see that color on a more modern smartphone.

The Lumia 900 launched on AT&T earlier this year as a $99 Windows Phone offering, earning admiration in our Nokia Lumia 900 review. Since launch the Lumia 900 saw a price drop to $49.99 likely tied to the low number of Nokia phones sold in the U.S. during the past quarter.