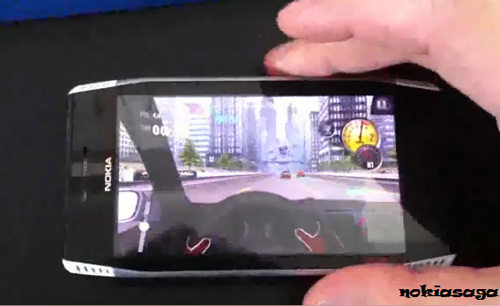 Leaked images and specs for a phone that’s reportedly from Nokia, called the Nokia X7, show a device that’s game- and multimedia-centric. The X7 will have specs that are similar to the keyboard-equipped Symbian^3-powered Nokia E7 and the photo-centric N8, but would eschew the keyboard of the former and add four speakers, one at each corner. 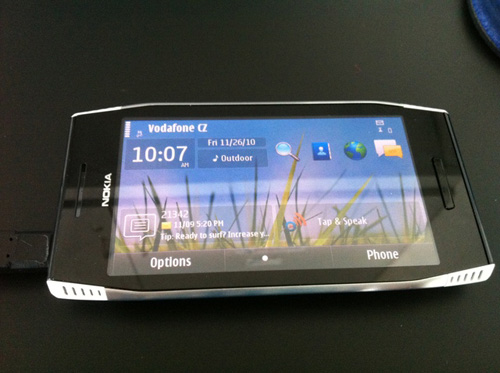 The X7 is said to support the same 4-inch AMOLED display as its, an 8-megapixel camera, and identical RAM/ROM as the E7. The device sports an angular look along with a curved back, making it comfortable to hold as a phone. 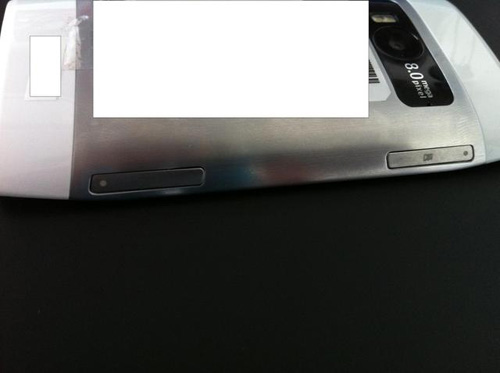 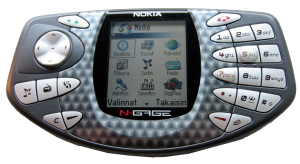 The X7’s focus on games would be Nokia’s first official return to the space since the company had abandoned its game-centric N-Gage game platform on some earlier consumer smartphones. With the rise of app stores on various platforms and the popularity of smartphones, along with the push behind games that Apple had given developers, handset makers are again looking at games. Nokia’s X7 will face competition from Microsoft’s Windows Phone 7 platform, which ties in with the company’s Xbox Live ecosystem, Apple’s robust iOS catalog of games, as well as the rumored Sony Ericsson’s PlayStation Phone, which is expected to debut with Android 3.0. The handset’s focus on the audio experience, in particular with the four speakers–one at each corner–will most likely be competitive against AT&T’s HTC Surround, which boasts a better audio experience than rival handsets. 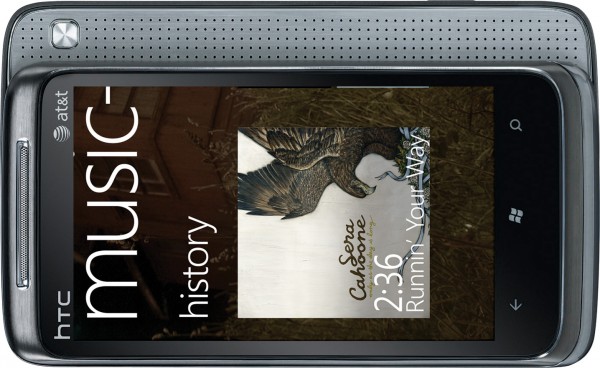 It’s unclear when the phone is expected to be announced and at what price it will ship at. Nokia could either announce the phone at Mobile World Congress in Europe in February 2011, or on its own time.