Prior to the launch of the HP TouchPad, we had heard that there was a 7-inch version of the webOS tablet slated to be hitting shelves at some point alongside its 9.7-inch counterpart. Well, before that tablet – codenamed Opal – ever got off the ground, HP decided to kill off webOS hardware meaning the 7-inch TouchPad would never see the light of day. Officially. Unofficially, the device has shown up on a Chinese forum, giving us a look at what might have been had HP released it.

What you see here is a 7-inch HP TouchPad whose owner says he has had it for three months. As ThisIsMyNext points out, it lines up with that FCC entry that we saw last month which means that the leakster’s device is probably the real deal. 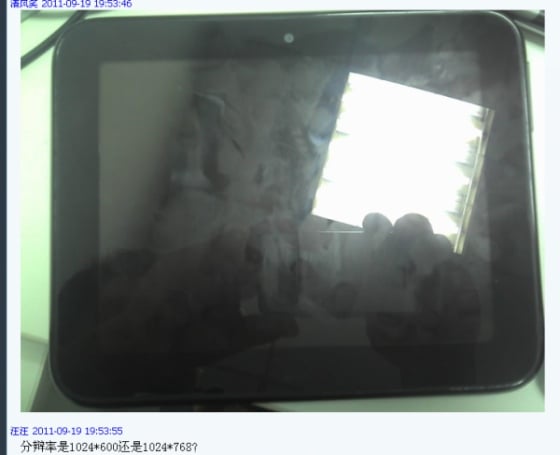 The device is said to have the same 1024 x 768 resolution, 1.5GHz APQ8060 Snapdragon processor, cameras and storage space as the 9.7-inch TouchPad. Interestingly, it also apparently has an NFC chip on board.

All in all, it looks like a pretty solid device, it’s just a shame that the general public will never be able to get their hands on it.

What do you think? Would you buy a webOS tablet with those specs and this form factor?

Pretty tempting if you ask us.