Samsung, which manufactures Google’s Nexus 10 tablet with an ultra high resolution display, is rumored to be launching a tablet of its own under the company’s Android Galaxy branding. Thus far, the device is code named Roma, and is said to carry all of the specs from the Nexus 10 tablet and will come with Samsung’s proprietary TouchWiz user interface overlay on top of the stock Android that the Nexus 10 is boasting. Moreover, Roma will also be getting a variant with 4G LTE connectivity. 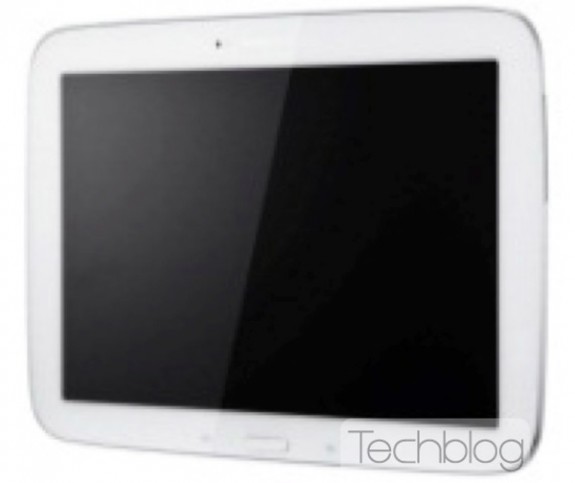 Roma has appeared before in earlier leaks and the device was rumored to be launched with a Galaxy Tab 3 Plus name, where the Plus indicates the device’s high 299 pixels per inch screen with a 2560 X 1600 resolution. Like the Nexus 10, the device will have a 10.1-inch display.

GSM Arena is reporting that Roma will be announced soon by Samsung, but did not give any estimates on when that would be.

The addition of 4G LTE connectivity will be a nice feature for those who demand always-on mobile broadband connectivity and would rather not have to find an open WiFi hotspot to tether to all the time. It’s something that’s missing from the Nexus 10, though Google did add a version of the HSPA+ connectivity for the smaller Asus-made Nexus 7 slate.

Given that Google I/O is in mid-May, an introduction of Roma with Android Jelly Bean may make the newly launched tablet appear stale as Google is expected to unveil Android 5.0 Key Lime Pie at the developer conference. And like most Android OS releases, Google’s Nexus lineup will be among the first to get the Key Lime Pie upgrade, so it may be a while before we see Android 5.0 head to Roma despite its high-end specs.

Thus far, Samsung has not commented nor made any announcements about Roma or the Galaxy Tab 3 Plus despite numerous leaks in recent months. Pricing isn’t known at this time either, but we do know that the Nexus 10 goes for $399. The addition of a 4G LTE modem on Roma should push the price higher.

Recently, other Galaxy Tab 3 family leaks include a regular 10.1-inch model without a high resolution display as well as a Galaxy Tab 3 8.0 model. It looks like Samsung may favor the 8-inch premium display over the current generation 7-inch screen. One reason is that given Apple’s introduction of the 7.9-inch iPad mini, the 8-inch display may be given premium pricing whereas Google is pushing down prices of 7-inch slates with its $200 Nexus 7.

And though prior leaks have mentioned the Galaxy Tab 3 Plus by name, there was also another recent leak suggesting that Samsung may rebrand its tablet efforts under the Galaxy S Tab moniker. Perhaps, then, Roma could even debut as a Galaxy S Tab or Galaxy S Tab Plus.