A new video shows what looks like the first real glimpse at a BlackBerry 10 smartphone with a QWERTY keyboard.

According to CrackBerry the leaked video shows the first N Series BlackBerry with a QWERTY keyboard and what looks like a square screen. The N Series phone in the video looks a lot like any current BlackBerry Bold or Curve with the new BlackBerry OS installed.

The N Series takes a back seat to the all-touchscreen L Series phone in the video, but the video still features the N Series in a few scenes. Unfortunately most of the screens on the N Series phone are rendered images of apps developers might make for the phone. The only RIM-made app we see on the phone is email. 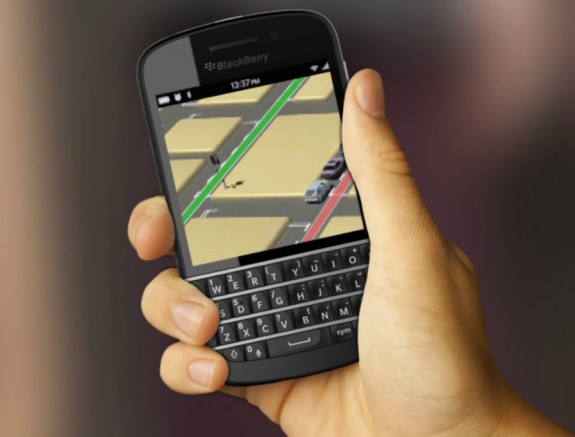 The video in question is likely a pitch for a marketing campaign leading up to the launch of BlackBerry 10. It mentions celebrities like Lady Gaga and JK Rowling theoretically using the phones to create a new song and short story, respectively.

While the marketing campaign seems like wishful thinking on RIM’s part, it at least shows off a lot of the features of the new BlackBerry 10 phones.

It shows features like Time Warp in the camera app which lets users “go back in time” to change the look on their friends faces in a photos. It also shows off the predictive text of the new keyboard on the L Series phone.

RIM says BlackBerry 10 is on track for an early 2013 launch, and will launch with touchscreen phones. We’ll have to wait a while for the QWERTY-equipped N Series, but at least we now has a video images of the phone to look at.