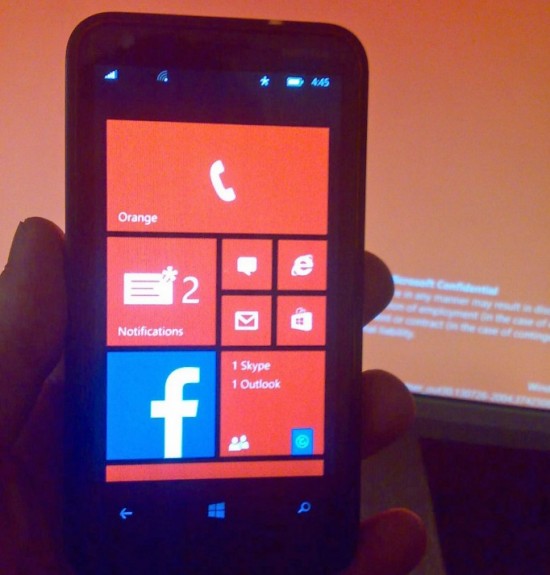 Details of how notifications will work are still unclear at this time. In addition to the Live Tile for the unified notifications, it now appears that there will be an asterisk at the top navigation bar to indicate that there are awaiting notifications, making it even easier for users to know if they have any push alerts or missed calls and messages.

The leaked screen image of the notification system for Windows Phone 8.1 initially was posted on XDA-Developers and has since been reposted on other sites like WP Central and WMPU.

The unified notification will help save Windows Phone owners the time it takes to scrolls through their Live Tiles to see where notifications are.

It’s also unclear if the same unified notifications system will also be migrating from Windows Phone 8.1 to Windows 8.1. Microsoft, like Apple, has been borrowing features introduced on its mobile platform in creating its desktop OS interface. The Metro UI and Live Tiles were borrowed from Windows Phone and is now the Start Screen on Windows 8 and Windows RT.

Windows Phone 8.1 is a major update for the OS that will bring new hardware support as well. For the first time, the mobile platform will be able to support full HD 1080p displays as well as quad-core mobile processors. This will help Windows Phone compete in the specs department on paper with high-end Android smartphones.