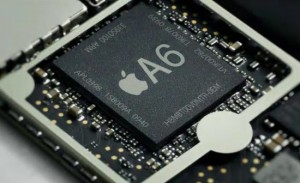 While there has been ongoing speculation that Apple could be adding Taiwan Semiconductor Manufacturing Company (TSMC) as a second SoC chip manufacturer in addition to Samsung for its future, next-generation ARM-based A6 chip, a new rumor has it that the iPhone- and iPad-maker may be severing ties with Samsung in favor of giving TSMC full exclusivity in manufacturing the chipsets that power the iPod Touch, iPad, and iPhone.

News that TSMC may be the sole exclusive manufacturer of the ARM-based A6 chip–the current iPad 2 utilizes a dual-core 1 GHz A5 chip while the iPhone 4 uses an single-core A4 chip–comes by way of a Merrill Lynch analyst in Taipei as well as a source from Ars Technica.

It is speculated that the move to give TSMC exclusive manufacturing of the A6 may be a result of Apple’s lawsuit against Samsung.

Manufacturing of the A6 chip could start sometime in 2012.

With TMSC migrating its chip architecture to a 28 nm process, down from the Samsung 45 nm process on the A5, the A6 chipset can see increased performance and lower power consumption by virtue of the manufacturing process. Additionally, with a future ARM design, there will probably be additional gains in performance and power saving from the A6 SoC.

Since Apple’s lawsuit against Samsung, Tim Cook had been politely reserved in his partner and rival in Samsung. Cook had stated that while there are differences between the two company, Samsung is a good partner. While Samsung provides Apple with components for its products, the company also makes products that are competitive with Apple’s own products, including the Galaxy series of Android smartphones, and various sizes and configurations of the Galaxy Tab tablet. Additionally, Samsung also launched a Series 9 ultra-portable notebook that is a direct challenger to the Apple MacBook Air.

It looks like if the new speculations are true that Apple may be migrating its entire A6 manufacturing to TSMC, then Apple’s differences with Samsung may be more ingrained than previously thought.

In addition to creating consumer-facing products that compete against one another, Samsung also competes with Apple in creating ARM-based processors. The company had created a single-core Samsung Hummingbird CPU that went head-to-head with the Apple A4 chip and the dual-core Exynos CPU is expected to go against the dual-core A5 CPU.