Creative company Lego has fresh tools and plastic bricks ready for parents and teachers who want to inspire their kids with fun projects in robotics and programming. At the CES 2016 trade show the company revealed Lego WeDo 2.0, a newly upgraded kit for kids who are interested in piecing together their own creations and learning more about how tech items work.

News of Lego WeDo 2.0 announced this week during the Consumer Electronics Show in Las Vegas. Every year, dozens of companies flood the show with what they believe are creative ways of getting children interested in math and science. Lego WeDo is a proven way to get kids interested in the sciences already. WeDo 2.0 replaces an earlier generation of educational toys aimed at kids in the second through fourth grade. Lego is also the same company that offers Mindstorms, which is a very similar product aimed at teenagers and adults. 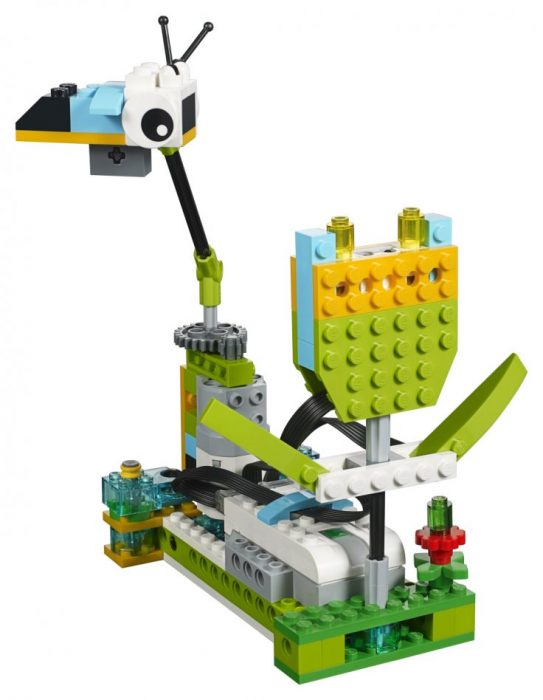 Lego WeDo 2.0 is built for what’s available today. The project kit ditches the USB cables that dominated the original. Instead, Bluetooth allows the projects that users create to communicate. Whereas the older generation of toys only offered support for Windows and Mac, this new version is available on the iPhone, iPad and Android devices. There’s even a Chrome extension.

Lego has done all the hard work in prepping materials. The kit includes 280 different bricks and parts in all. There are 16 projects prepared along with an educational curriculum that it says is tailored for science, computing engineering and technology. Kids can program their creations pretty easily – the software by dragging and dropping different commands. Unfortunately, Lego WeDo 2.0 isn’t compatible with its direct predecessor.

The Lego WeDo 2.0 software is available online absolutely free. Lego WeDo 2.0 kits at the Lego Education Store start at $159.95 for packages that have enough for two kids. Because Lego WeDo 2.0 is aimed at the education market, there are more expensive bundles that include enough parts for large groups of children.