These Lenovo Chromebooks share a few features. First, they’re 2-in-1 Chromebooks, which means the screen folds back almost 360 degrees so the user can hold them in a tablet mode with the keyboard exposed on the back to use the computer in tablet mode (see below). 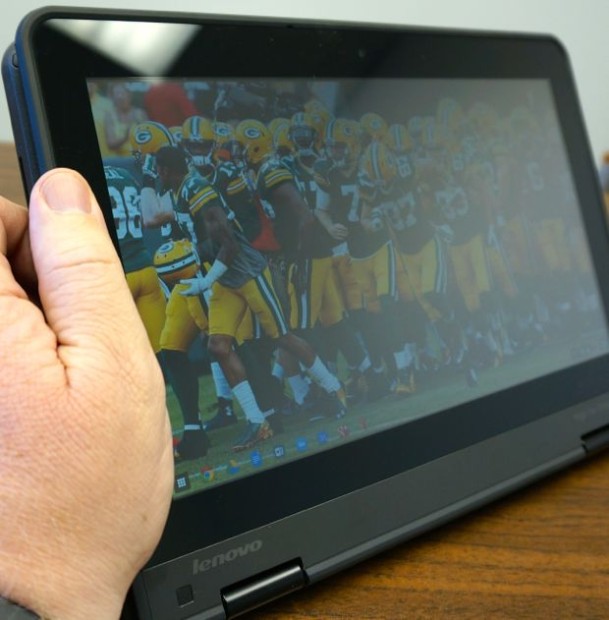 Both Chromebooks will also sit with the keyboard facing down and the tablet folded back so that the user can work with the computer screen closer to them while resting on a desktop or table (see below). 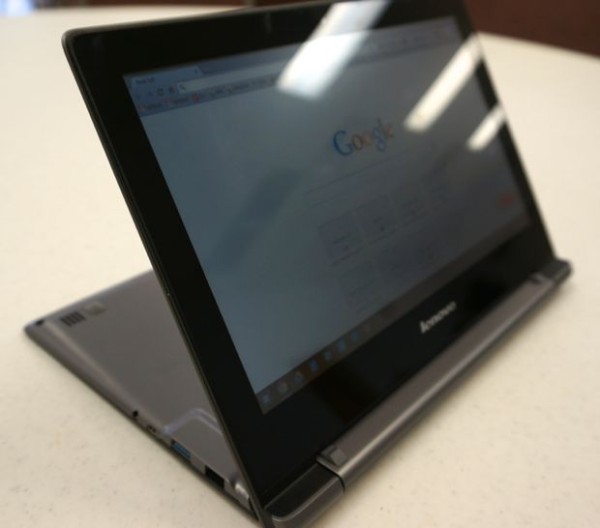 Finally, there’s tent mode. The computers stand up with the top edge of the screen part of the computer and the front edge of the keyboard area touching the table or desk in a triangular shape or like a tent. 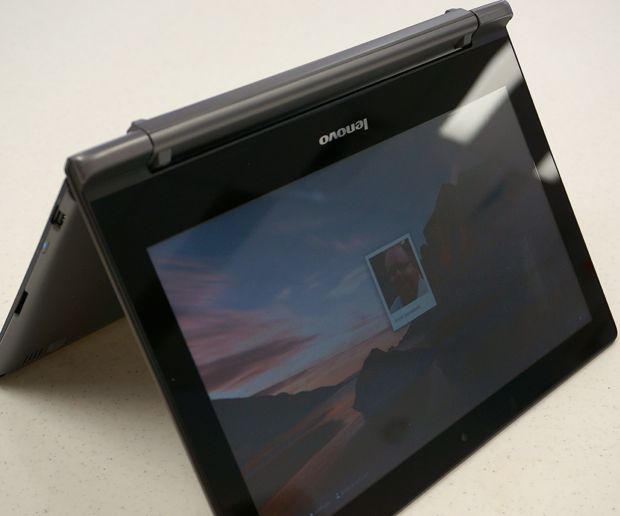 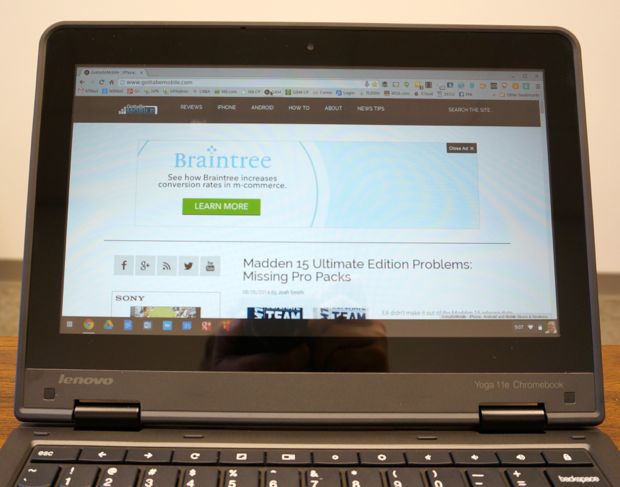 Some of the other key specs these computers share include the following:

Here’s where the two Lenovo Chromebooks begin to differ.

In our review of the Lenovo ThinkPad Yoga 11e Chromebook over at Notebooks.com we wrote that the Acer C720p touchscreen Chromebook costs less and fits most consumers’ lifestyles, but it won’t hold up to the way kids use them in schools. That’s why the 11e makes sense despite its higher cost. So, the Lenovo Yoga ThinkPad 11e sits right next to the Acer on our list of best Chromebooks. That’s high praise since the Acer C720, the non-touchscreen version of the Chromebook, made our list of the 5 Best Chromebooks for Summer 2014.

In addition to the sturdy construction, the Yoga ThinkPad 11e shares the great ThinkPad keyboard that buyers enjoy on Lenovo’s Windows computers. The trackpad stands out too.

The Yoga 11e runs on an Intel Celeron 2930 2.16GHz processor with Intel HD Graphics. It also offers 4GB of RAM, something needed to run a lot of web apps or tabs at one time. Another feature it adds that we don’t see on the N20p is a Kensington lock, which will let schools lock them down in a school library or classroom.

The Lenovo N20p Chromebook focuses on the consumer market. It doesn’t have the rugged design and construction, but it also doesn’t feel flimsy and cheap, like some of the lower cost Chromebooks available.

The N20p uses an Intel Celeron 2930 Bay Trail processor running at 2.16GHz and only 2GB of RAM. That’s a shame, because we’d love to see 4GB of on all Chromebooks. It also uses the typical 16GB SSD storage.

Consumers will enjoy this thin and well-built machine. It runs smoothly despite the low RAM. It also feels good while typing, even though the N20p doesn’t use the same great ThinkPad keyboard that we get on the Yoga 113.

Buyers can get the Lenovo N20p for $329.99 at Lenovo. There’s a model with a slightly faster Haswell processor that will last longer and give the user a slight boost in speed. It costs $20 more than the base model.

To decide which one to buy, the the buyer must decide first if they need a rugged computer or not. If not, then go with the Lenovo N20p. It’s a great 11.6-inch Chromebook that runs ChromeOS well enough for basic needs. If the user does want a rugged model, then go with the Lenovo Yoga ThinkPad 11e Chromebook. It will last even under punishing situations, like a class of 30 1st graders.