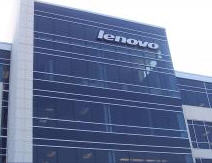 Lenovo just announced another series of job cuts, resulting in a 5% reduction in work force. This round of cuts is in addition to 1,000 cut last March as a result of a relocation and the buyout.

Lenovo, the world’s third ranking PC manufacturer, is laying off some 350 people in the Triangle as part of a corporate round of job cuts.

That total represents more than 20 percent of the 1,600 people who work at Lenovo’s new $70 million headquarters complex.

In all, Lenovo is laying off up to 1,400 people over the next 30 to 60 days, a company spokesman told WRAL Local Tech Wire. The cuts represent about 5 percent of Lenovo’s workforce.

However, out of those positions, approximately half will be transitioned to other countries.

In addition to the job cuts, Gartner has said that Lenovo increased PC shipments by 16 percent over the same quarter in 2006 to 4 million, while also slipping from number 3 to number 4 computer builder. Acer passed them up with 4.3 million pcs sold in the quarter. HP ( 11 million shipped) and Dell ( 8.6 million shipped)  remain 1 and 2 respectively.