With sales of Windows PCs slowing and tablets matching many of the features that users typically buy a laptop for, Lenovo thinks it has the perfect compromise in the Lenovo A10. It’s a laptop-tablet hybrid that runs Google’s Android operating system.

The Lenovo A10 features two modes that will sound familiar to anyone who has spent time with the company’s ThinkPad convertible notebooks. In laptop mode users can get work done on the A10’s 10.1-inch high-definition display, 1.6 GHz Cortex A9 processor and full size keyboard. 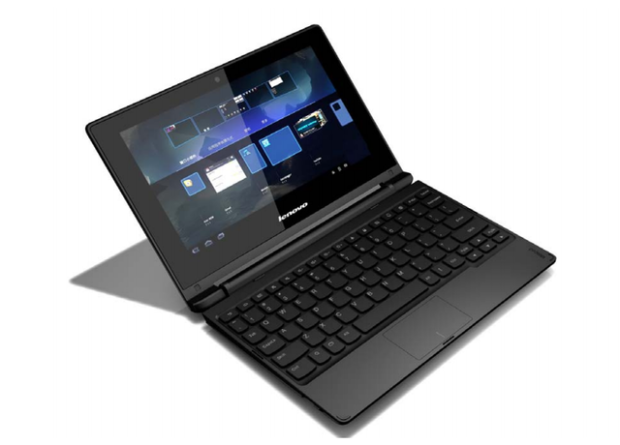 Users can push the tablet’s display back to enter a sort of tablet mode when they don’t need to get work done This allow users to get at the device’s touch screen in an easier fashion, though it also sounds like it exposes the keyboard to nicks and scrapes too. The Lenovo A10 also features an integrated 0.3 megapixel webcam.

According to today’s press release, users can expect around 9 hours of battery life when using the Lenovo A10 in either mode. Unfortunately Lenovo’s press release didn’t include specifics about pricing or availability. If these specifications are any indication the device is an attempt at growing Lenovo’s reputation in the low-end computing market. Devices in that segment usually cost as much as $499.

What is interesting here is that Lenovo isn’t using Google Chrome OS on this device instead of Android. As Google’s designated traditional operating system, Chrome OS has seen a rise in users thanks to its bargain basement hardware pricing. For example, HP’s new HP Chromebook 14 comes with Chrome OS installed, a 14-inch display and 9.5 hours of battery life for just $249.