The Lenovo Horizon 2 is a new all in one from Lenovo that builds on the strengths of the original Horizon to offer a thinner and lighter 27-inch tablet or Table PC for your home or business.

Lenovo’s new Horizon All In One is only as thick as a deck of cards and includes NFC to connect Android smartphones to the tablet when placed on top of the screen, which will then pop out a set of actions on-screen, like in a science fiction movie.

Here is a demo of one of the Horizon 2’s fun features. Simply placing Android smartphones on the display allows multiple users to view and edit media. 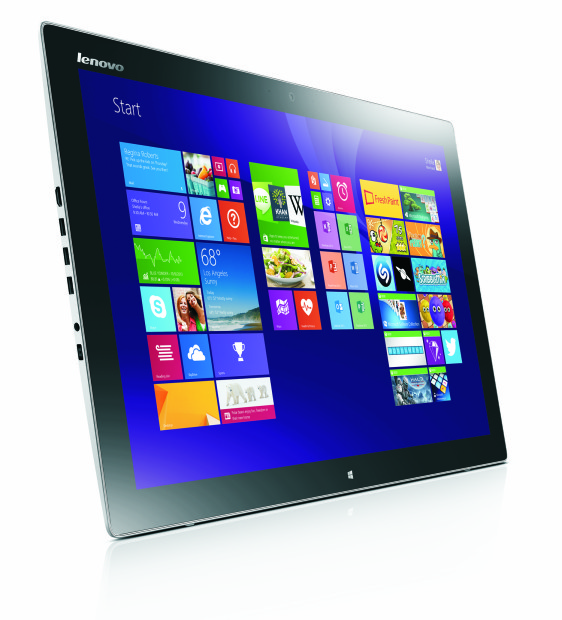 The Horizon 2 is a large touch screen all in one that includes a Table mode for gaming and more.

Like many All in One devices the Horizon 2 includes a big screen, and as one would expect in a tablet device it is a touch screen. The 27-inch screen boasts a 1920 x 1080 resolution which is especially nice when you consider the ability to connect a game console to it with a HDMI in port, making it possible to use this as the main screen for entertainment in a home office, dorm or bedroom. 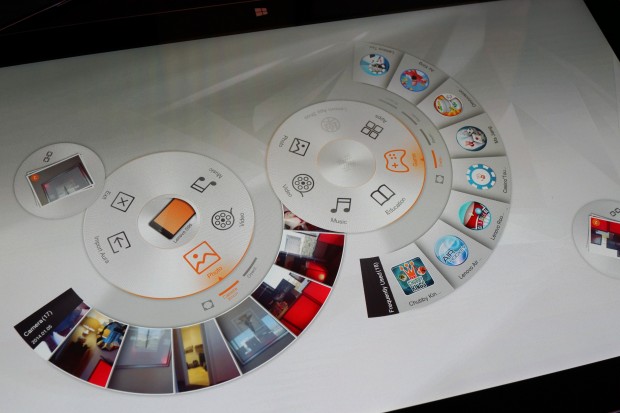 The Lenovo Horizon 2 boasts improved battery life of up to four hours when it is removed from the power cord and carried to a table to play a game with up to four players. In our review of the original Horizon we particularly enjoyed the Monopoly game which pairs up with a physical dice for rolling. The Horizon 2 also includes joysticks and other accessories for using the Horizon 2 in Table mode for gaming. 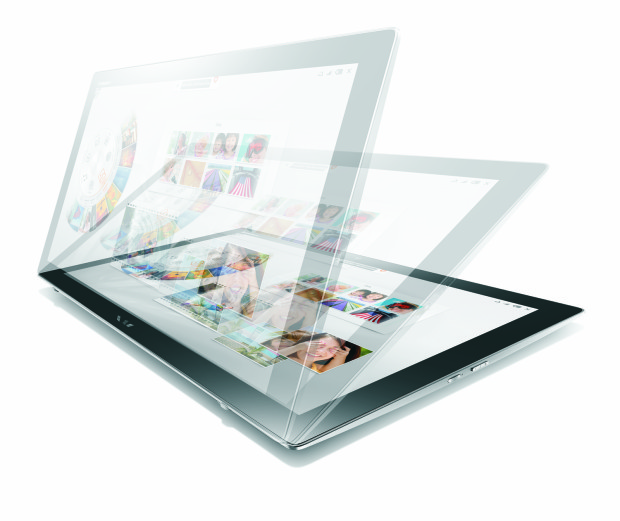 When you fold the Horizon 2 down it switches to a touch friendly OS.

When you fold the Horizon 2 down to Table PC mode the device automatically switches from Windows 8.1 to Aura a touch friendly OS aimed at making it easier to find Table mode games and apps. This includes

We also expect a Texas Hold’em app like we experienced on the original Horizon and Monopoly as well as other touch friendly games. You can access the Windows 8.1 OS while in Table mode as well for access to many more apps from the Windows App Store.

When you place an Android phone on the Horizon 2 it will show a dial around the device with options to pull content right from the phone. From there a user can edit the photo and share to Facebook and the Aura interface can attempt to identify faces for the user. 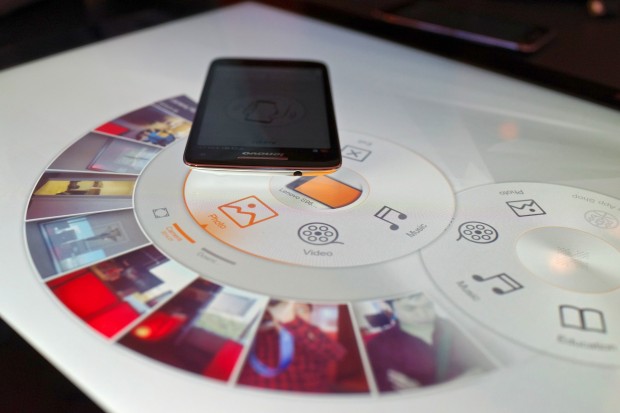 The Horizon 2 is able to connect to a phone and pull off information by setting it on the screen.

The Lenovo Horizon 2 release date arrives in June and the price starts at $1,499. 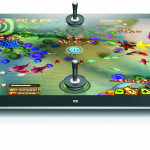 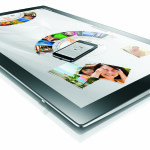 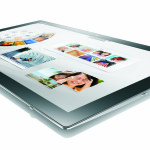 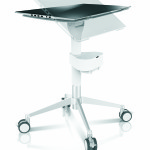