The Lenovo IdeaCentre Horizon is a 27-inch tablet or as Lenovo calls it a Table PC. Whatever you call it this all-in-one transforms from desktop to table-top for fun and productivity in a single package.

While I wouldn’t exactly call a 27-inch tablet portable, the Horizon features a built-in battery so it can go from the office to a tablet when it comes time to play games or do something fun. There is a smart hinge on the back that makes it easy to switch between desktop and tablet usage and a collection of fun accessories that complete the user experience.

The Horizon 27-inch tablet features an Intel Core i7 processor and runs a full Windows 8 experience when in All-in One mode and automatically switches to a tablet friendly Aura operating system when folded down flat on a table. 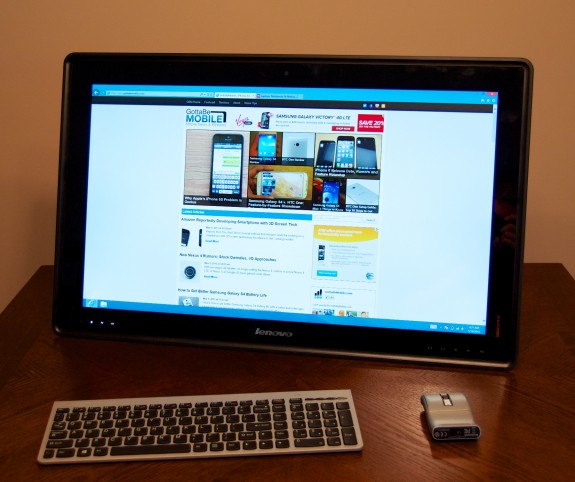 The Lenovo Horizon as a desktop all-in-one.

Lenovo is bringing the Horizon 27-inch tablet to Best Buy in June and it is already available online starting at $1,699. Lenovo only offers one size, so the expect different models to offer varying specs, but very similar features.

As we prepare our Lenovo IdeaCentre Horizon review, we are testing out the 27-inch tablet in a variety of situations to see how it handles for work and play.

Here we spend time looking at what the Lenovo Horizon 27-inch tablet can do and how some of these special features will help users replace multiple gadgets in a home office. In the video we take a close look at the Lenovo Aura operating system that users see in tablet mode and highlight some of the included apps.

When upright the IdeaCentre Horizon is much like a typical all-in-one PC with a touch screen. The 27-inch screen supports touch and is capable of handing demanding apps, games and tasks. 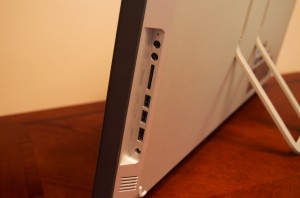 The Horizon review unit we have in features a

The Horizon has enough power to handle the included table style games and to handle a full version of Windows and should be capable of handling most home user needs. We are checking out gaming on the Horizon and will be testing more demanding games to see what all it can handle.

Fold flat for tablet mode with a 2 hour battery.

In addition to Windows 8 and Aura, the Horizon comes complete with BlueStacks, an app that lets users run Android apps on the 27-inch tablet. BlueStacks ships with 35 pre-installed apps. There is no Google Play Store here, but we are looking to see if there are other apps we can install.

We really like that it supports HDMI in, which means it’s easy to connect an Xbox 360 or PlayStation 3 to the Horizon, replacing the need for a TV in the office or a kid’s room. We’re checking to see if we can connect it to a cable box which would complete the TV replacement. While it is a tablet, it does feature all the ports one would normally expect on an all-in-one PC. There is no HDMI out, but with a 27-inch screen it’s something we can overlook. 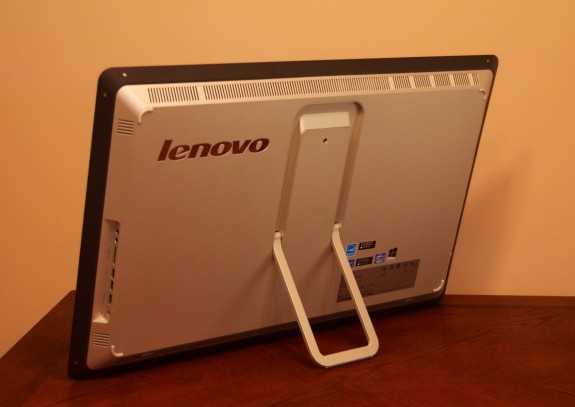 this hinge collapses to make switching from mode to mode easy, and acts as a handle.

Lenovo packs in a battery that should be able to power the 27-inch tablet for 2 hours. So far we’ve played an hour of monopoly and had a good deal of battery life, though it’s not clear if the battery would last a full game for gamers as stubborn as I am. The cord is quite long so it is possible to power it at a kitchen table if the game lasts longer than the battery.

The screen is sufficiently bright and while it will reflect some of the lights overhead while in tablet mode, it wasn’t noticeable enough to interrupt the use as a tablet.

We’ll be sharing our Horizon tablet gaming experience complete with an electronic dice, tow strikers for playing air hockey and two suction cup joysticks for playing games with a need for finer controls. 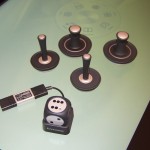 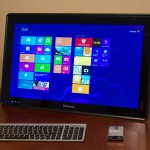 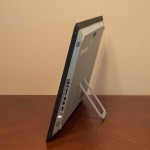 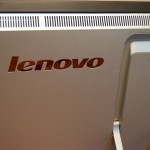 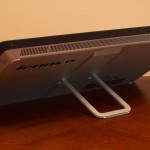 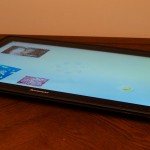 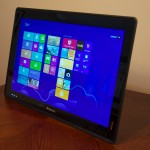 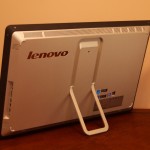 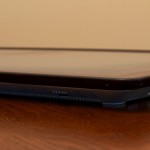