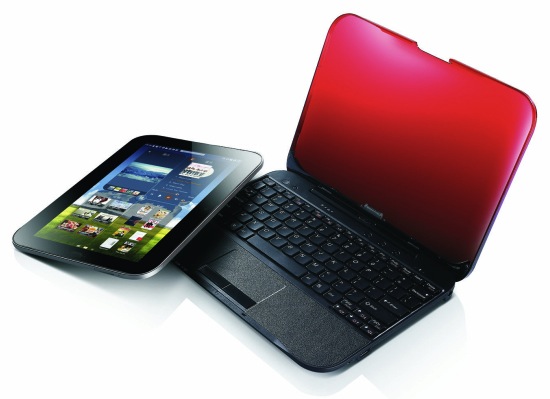 The Chinese will see the Lenovo LePad Tablet in March. The rest of the world will wait for June, which is when Lenovo is now confirming that the intriguing hybrid Tablet will launch in other markets. Although Lenovo isn’t saying which other markets that might be just yet. Nor is Lenovo talking specifically about price but earlier word was in the $399 to $499 range, although that is most likely for the Tablet/Slate and not the combo with dockable keyboard.  First hyped at CES 2010 as the IdeaPad U1 Hybrid and again this year with the new name, the LePad’s detachable Tablet has been a head turning concept from the get go. But, like many of those early Tablet promises things changed along the way.

This past January Lenovo hyped the LePad again and said it would launch in its home market of China first. Final specs aren’t being talked about yet either, but the thinking is a Snapdragon processor running at 1.2GHz. The display is of the 10.1 inch variety. No word on which Android flavor we’ll see either.