After looking at the great Windows 8 tablet deals, the $250 Lenovo Miix 2 8 looked like a steal for someone wanting to try Windows 8.1 on a small tablet. I hoped to use it on the go as a tablet, with a Bluetooth keyboard as a mini laptop replacement or hooked up to an external display, mouse and keyboard as a Windows 8 home computer. That’s expecting too much of this machine. With the right expectations, the Lenovo Miix 2 8 will fit nicely into certain users’ toolboxes.

Windows 8 desktop, laptop and Phone users heavily invested in the Microsoft ecosystem will love it, but Android or iPad owners aren’t missing much. 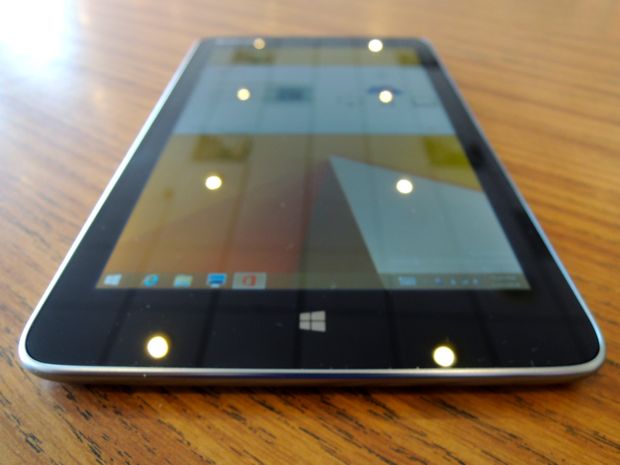 Lenovo did a great job of putting together a nice inexpensive tablet that runs Windows 8.1’s tile interface smoothly. The screen looks nice despite a low resolution of 1280×800 compared to the higher resolutions of competitors like the Google Nexus 7 or the Apple iPad mini with Retina Display. Despite using a reflective display, like the others, the Miix reads well in moderate to low light. None of them do a good job in bright light. Colors and video look very good. 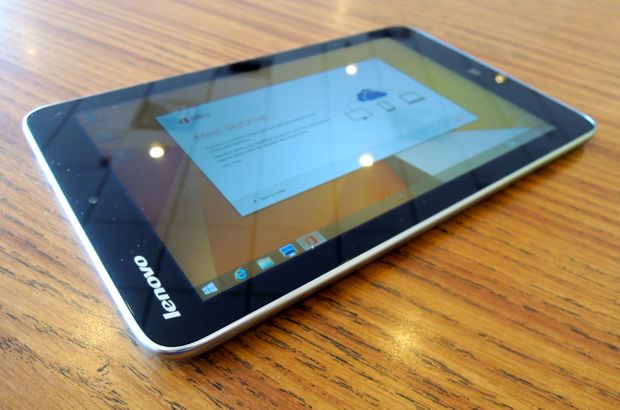 The plastic on the Miix doesn’t feel flimsy or cheap. The user gets a high-quality feel while holding it, except for the annoying stickers placed on the back. 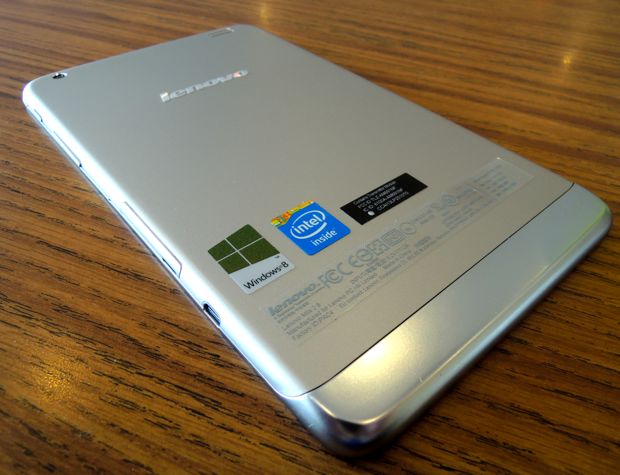 All the ports and buttons come on the right side, except for the mic/stereo combo port which sits on the top right corner. The power button and volume buttons jut out enough to use, but don’t get in the way. A micro-SD card slot hides behind a flimsy cover. If it had wireless data, that’s where a SIM card would go.

We don’t get a dedicated micro-HDMI out port, but users can get an adapter to plug into the micro-USB port. This means no charging while hooked up to a display. 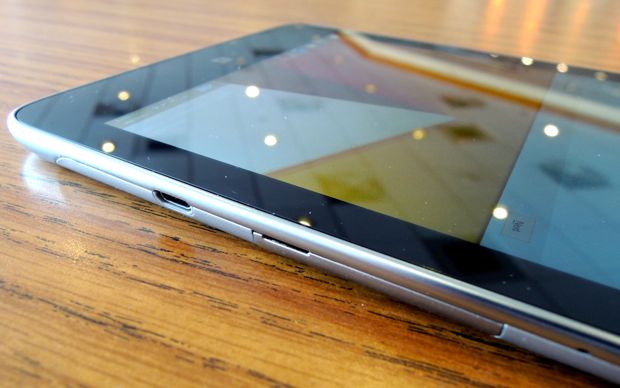 Using Windows 8.1 on an 8-inch Tablet

The version tested here only held up to 32GB of data. Windows takes up most of that. Add the included copy of Microsoft Office Home and Student 2013 and a few other apps and there’s only about 10GB left. Good news is, there’s not a lot of crapware. 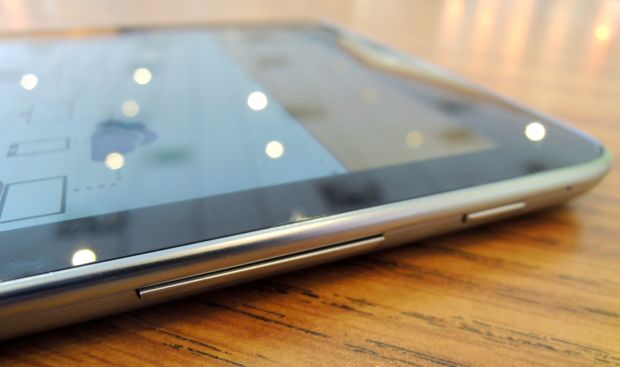 The hybrid Windows 8.1 metro/tile interface look and runs great on the Miix 2. When we jump to the Desktop, things go wrong. Tiny minimize, maximize and close buttons on the corner of Windows were hard to tap accurately. Office ribbon buttons suffer the same problem. 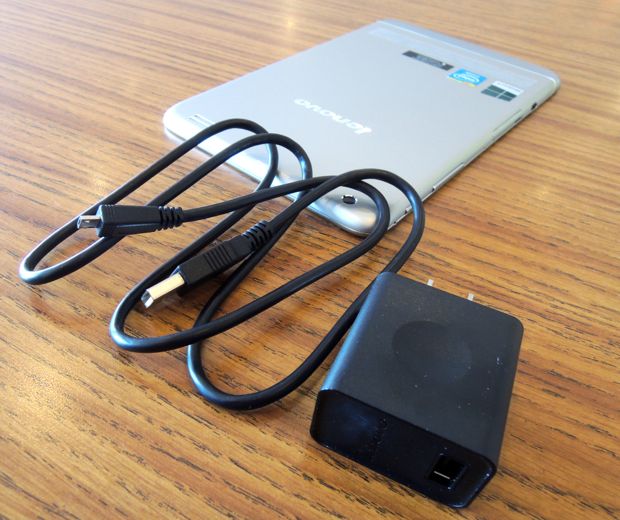 The Lenovo Miix 2 8 hardware impresses, but Windows 8.1 still falls behind Android and iOS in important ways. Too many things in Windows 8.1 don’t work well with fingertips touching them and it hogs too much storage.

Despite that, we can see Windows 8.1 fans really enjoying the 64GB version of this tablet, which sells for $100 more than the deal available on the Microsoft Store online. Until the metro apps catch up to Android and iOS in quality and quantity of useful apps, I don’t see many iPad or Android users switching soon.

Compared to the Acer Iconia W3-810 and the Dell Venue Pro 8, the Lenovo Miix 2 8 wins. We just wish it offered more competition for the Nexus 7 and iPad mini.