Lenovo, the world’s largest maker of Windows PCs isn’t giving the world the a chance to ignore convertibles. Today the company announced new entries in the Windows 2-in-1 market: the Lenovo Yoga 710, Lenovo Yoga 510 and the Lenovo Yoga MIIX 310. All three devices are designed to scratch a similar itch. The company wants to make it easier than ever to stay productive and entertained with just a single device.

Lenovo revealed the MIIX 310, Yoga 710 and Yoga 510 this morning at Mobile World Congress, a trade show in Europe dedicated to mobile technology in all forms. Each of the devices transform in some way. Hit Windows 2-in-1s, like the Microsoft Surface and HP Envy, aren’t mentioned by name, but are obvious competitors that Lenovo is hoping to dethrone. 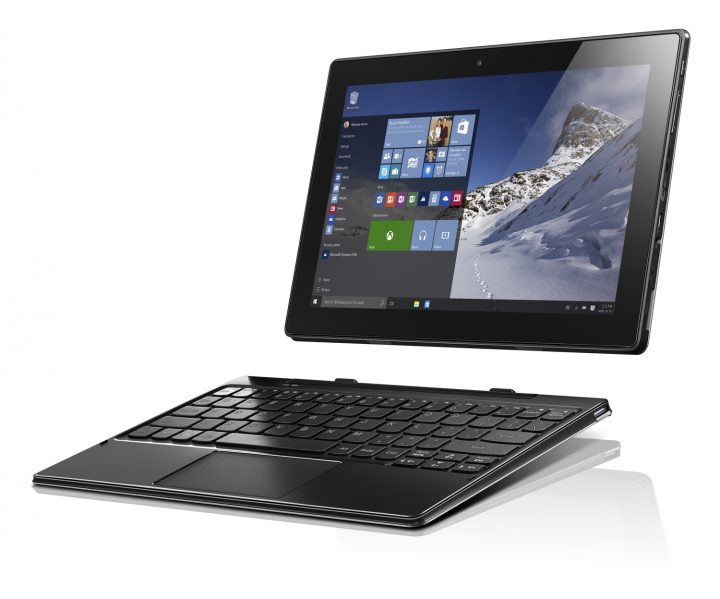 The MIIX 310 is for the person that stays mobile and doesn’t necessarily want a keyboard attached to their device all the time. The 10.1-inch tablet has options for an FHD display, 64GB of storage and 2GB of RAM. An Intel Atom X5 processor lets the device hit around 10 hours of battery life. A 5 megapixel rear-facing camera and a 2 megapixel front-facing camera are included in all versions, and users can order a model that comes with built-in 4G LTE mobile data connectivity.

Where things really get interesting is the Lenovo MIIX 310’s price tag. It’ll cost just $229 when it launches in the United States in June. Astonishingly, that price includes the detachable keyboard accessory. Microsoft charges Surface 3 buyers an extra $129 for that device’s keyboard. That’s on top the $399 price tag. What’s more, the MIIX 310’s hinge allows users to reposition its screen at-will. The Surface 3 has set kickstand positions.

The Yoga 510 comes in two sizes, a 15-inch and 14-inch model. It’s aimed at traditional notebook users, people who want a convertible, but aren’t willing to give up on the traditional notebook form factor completely. Both models use high-definition IPS displays with touch technology built-in. 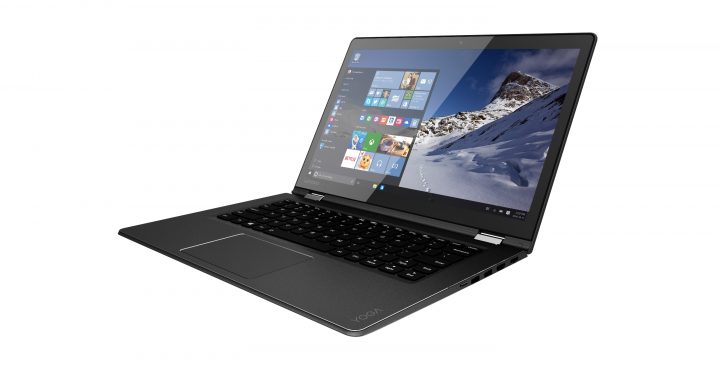 Yoga 510 models include a ton of options for those worried about storage, processor power and even graphics. Intel’s latest Core i processors are supported, along with lower-end Intel Pentium CPUs for the cost conscious shopper in us all. Lenovo says that those who configure it on its website can expect up to 8GB of RAM, 1TB of hard drive space or a 256GB SSD. A single USB 2.0 port, 2 USB 3.0 ports, a full-size HDMI port, Bluetooth, Gigabit Ethernet, media card reader and audio jack complete the experience. Backlit keys on the keyboard are another add-on option. For the power users there are AMD Radeon R5 and AMD Radeon R7 graphics card options on the way.

Both Lenovo Yoga 510 models also have another trick up their sleeve. They get around 8.5 hours of time between charges, but they can charge completely in 2.5 hours, Lenovo says. Like other Lenovo Yoga models, the Yoga 510 transforms into a tablet when users push back its display. 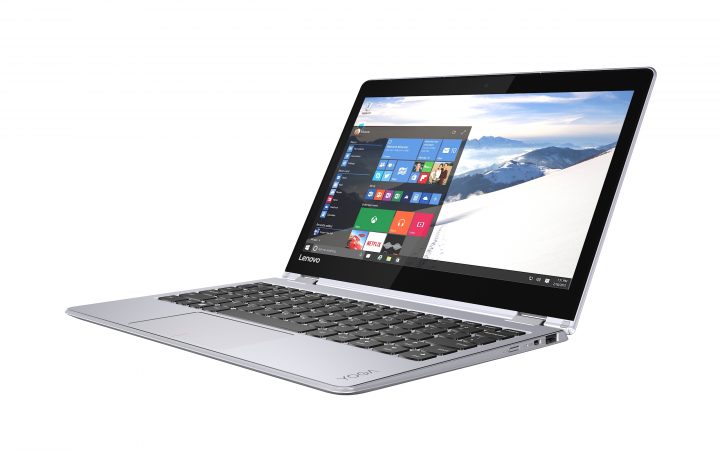 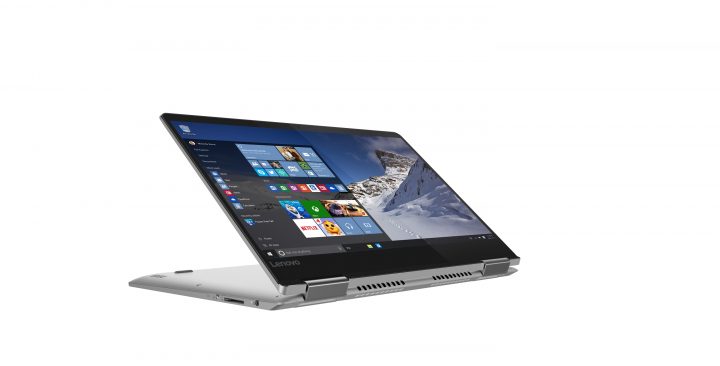 For the mobile gamers that need a bit more there’s the Yoga 710 14-inch. It has an 14-inch HD display, up to 8GB of RAM, 256GB of SSD storage and options for an NVIDIA GeForce 940MX discrete graphics card. JBL Speakers, 2 USB 30 ports, micro-HDMI out, Display Port and Bluetooth and a media card reader all come standard. A new hinge design allows the Yoga 710 14-inch to get “strong Wi-Fi”, Lenovo says. This model gets roughly 8 hours of battery life.

This model debuts in July. It’ll start at $799 and have black and silver color options.