Smartphone, desktop, notebook and tablet maker Lenovo has a device coming later this year that’ll seem all-too familiar to anyone eyeing the blossoming 2-in-1 market Microsoft helped foster with its Surface Pro tablets. Ahead of the Consumer Electronics Show, the company outed an all-new take on the tablet that can also be a laptop craze. It’s calling this new Surface Pro 4 rival the Lenovo Miix 720.

Lenovo began talking about the $999 Lenovo Miix 720 this week at CES 2017, where it’s also showing a refreshed line of ThinkPad laptops, gaming machines and what it hopes will be a hugely successful line of notebook accessories based on USB Type-C. To its credit, Lenovo helped kick-start the 2-in-1 craze with its line of Yoga notebooks. Each of them has touchscreens and hinges that allow them to transform into tablets. That’s a notebook-first approach to building a transforming PC. Lenovo hasn’t found much success in creating a tablet that can take the place of the notebook. It’s hoping that the Lenovo Miix 720 will garner it some attention in the space. 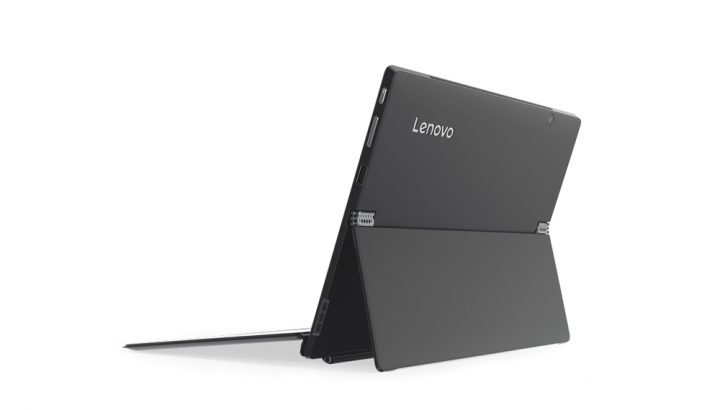 The Lenovo Miix 720 resembles its direct Miix predecessor and the Surface Pro 4 a lot. It’s a tablet with the heart of a notebook inside. A kickstand that borrows the watchband hinge technology from the Yoga line extends from the back of the Miix 720. Also back there is a 5-megapixel camera with auto-focus and the Lenovo logo.

This device has a 12-inch display, with a resolution of 2880 x 1920, besting what’s offered in the cheaper Lenovo Ideapad Miix 510 by a fair amount. This screen is covered in Gorilla Glass. It betters previous Lenovo machines and Microsoft’s efforts in other ways too. This models comes with Intel 7th Generation Kaby Lake processors, running all the way to the Intel Core i7. Kaby Lake processors offer better graphics and 4K video support than their predecessors in the Surface Pro 4 do. 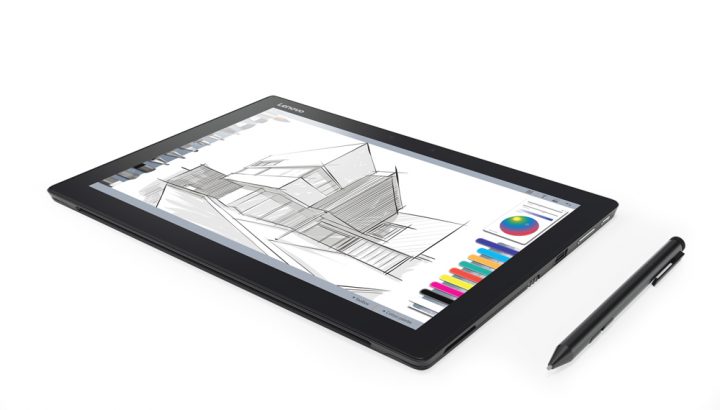 Configurations can have up to 1TB of storage and 16GB of DDR4 RAM. That power comes at a price; Lenovo expects the machine to only get around 8 hours of battery life.

Things really get similar to the Surface Pro 4 when you consider the extras Lenovo has added to this model. One of the complaints leveled at the Lenovo IdeaPad Miix 520 was its lack of support for Windows Hello. Windows Hello lets users sign into their PC without using a password. Instead, they let a special camera built into their machine scan their face or use a fingerprint reader. The Lenovo Miix 720 offers Windows Hello on its front-facing camera. Microsoft uses a similar camera for the Surface Pro 4. 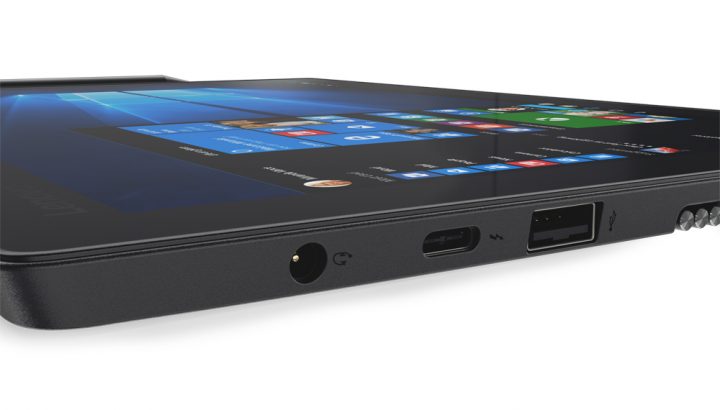 Read: The Lenovo Miix 510 Goes Where the Surface Pro 4 Doesn’t

Second, Lenovo understands that quality accessories are a big part of the Surface Pro 4 appeal. It’s refreshed the keyboard cover from the Miix 520, which took inspiration from the Surface Pro 4’s Type Cover. That cover comes with the Lenovo Miix 720. By comparison, Microsoft charges $129.99 extra for Surface Pro 4 covers. The new Lenovo Active Pen 2 accessory won’t come with the Miix 720. It costs $59.99 separately. 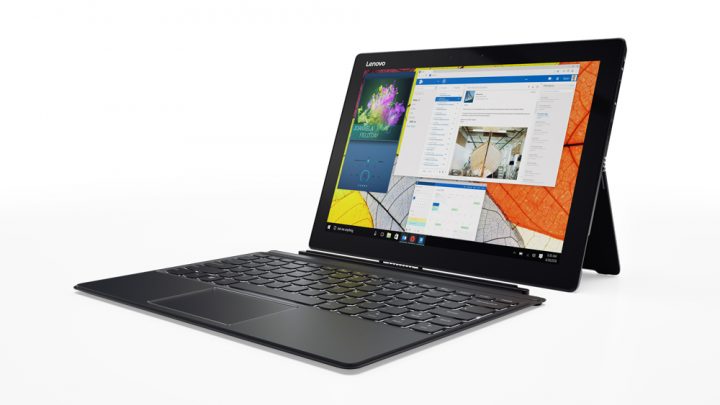 There are three ways to physically connect accessories to the Lenovo Miix 720 too, two more than what the Surface Pro 4 offers. A full-size USB 2.0 and USB 3.0 work with printers, scanners, mixers and all the accessories you already own. A USB Type-C port gets users ready for a future where USB Type-C is readily available. Most smartphones are launching with USB Type-C this year. The standard allows for very fast file transfers. The port can power an entire docking accessory too. A MicroSD card slot lets users move files to their phones.

Lenovo plans to have two colors available for the Lenovo Miix 720’s release this coming April: Champagne and Iron Gray.