Lenovo’s new ThinkPad 10 tablet is affordable, rugged and versatile. Starting at $599, the ThinkPad 10 might look like a consumer device, but its active digitizer, build quality and optional accessories are all business. It is the followup to the ThinkPad 8 that Lenovo announced earlier this year, adding a larger higher resolution display and a collection of business-ready ThinkPad 10 accessories.

I got to check out the ThinkPad 10 at a press briefing in San Francisco and was impressed by its build quality and the optional accessories. Lenovo’s produced something that’s a lot more than just a tablet. The ThinkPad 10 is a mobile platform that can adapt to just about any work environment while running full Windows applications. 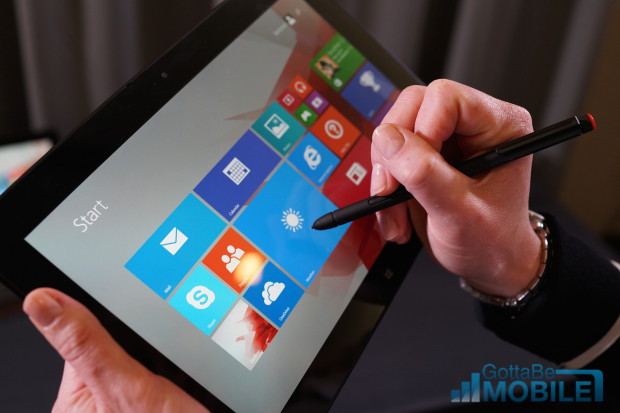 At first glance the ThinkPad 10 looks a lot like just about every other tablet on the market, understating its full capabilities. The optional accessories really set the ThinkPad 10 apart from the iPad, high-end Android tablets and the Microsoft Surface.

The ThinkPad 10 feels nice and solid, just like we’ve come to expect from ThinkPad products over the years. The ThinkPad 10 features a 10-inch display, as the name suggests. This display features a 1920 x 1200 resolution that is higher than many Android tablets. This is still below the 2048 x 1536 resolution on the iPad Air and iPad mini Retina, but delivers a nice looking mobile screen for business users. There is a 2MP camera on the front for video conferences and an 8MP camera on the back for taking a snapshot or scanning in a document by camera.

Lenovo packs in a quad-core Intel Bay Trail processor that is one of the latest models from Intel that should deliver the power users need, with battery friendly power efficiency. The tablet features 2GB or  4GB of RAM and can be configured with up to 128GB of storage. In addition to WiFi connectivity this tablet also features optional 3G and 4G LTE connectivity. Lenovo says the  ThinkPad 10 battery will last 10 hours on a single charge. 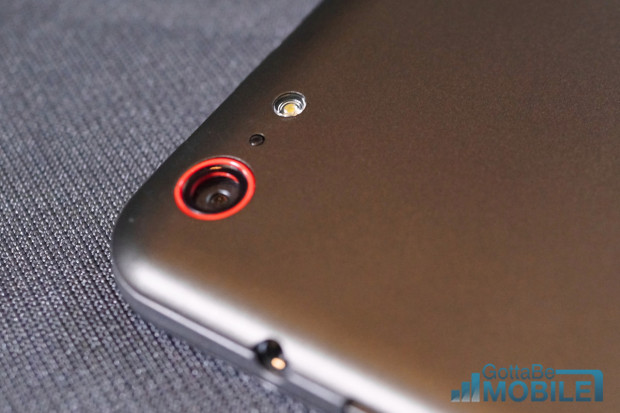 The ThinkPad 10’s active digitizer means it has a much better digital writing experience than the iPad. This is important for anyone that relies heavily on hand-written notes or annotations.  The ThinkPad 10 is too thin to store the stylus in. Instead, there’s a slot for the stylus in the optional keyboard.

The back of this tablet is aluminum, which looks very nice and feels like a premium tablet. This is a slim device measuring, 256.5 x 177 x 8.95 mm and it is relatively light at 1.31 pounds. For connectivity this tablet offers MicroHDMI, USB 2.0 and a headphone jack.

The tablet can connect to a ThinkPad Dock that adds two USB ports, HDMI, Ethernet and power. By placing the ThinkPad 10 in this dock users can essentially turn it into a desktop and attach it to a monitor, keyboard and mouse. For some users, this means the ThinkPad 10 can serve as their one and only business machine. 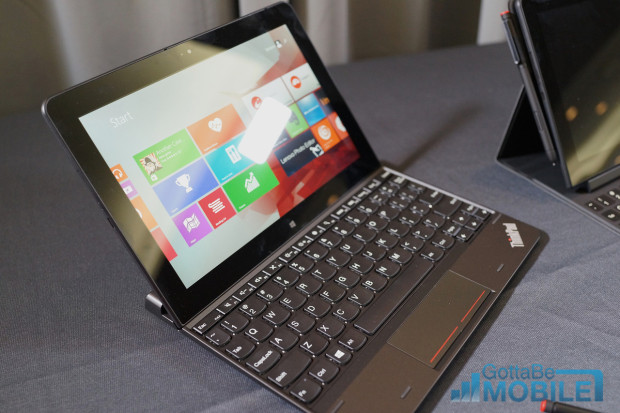 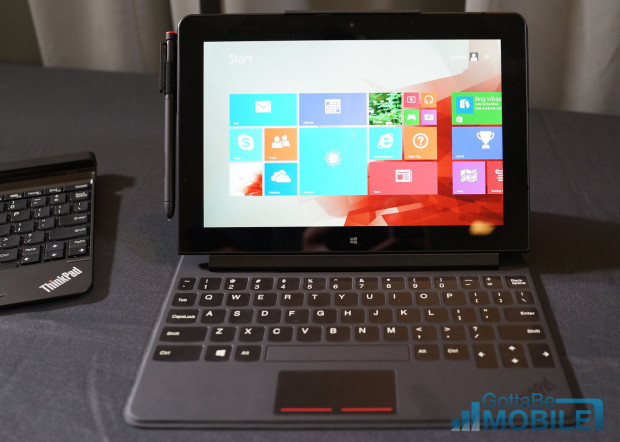 There is also a slimmer folio keyboard option that offers concave keys in a slim overall package. Both keyboards include a touchpad, but there is no TrackPoint.

The Quick Shot cover protects the screen and will automatically launch the camera app when users fold down a small dog ear that would otherwise cover the rear-camera. That features a little gimmicky, but I’m sure at least some users will appreciate it. 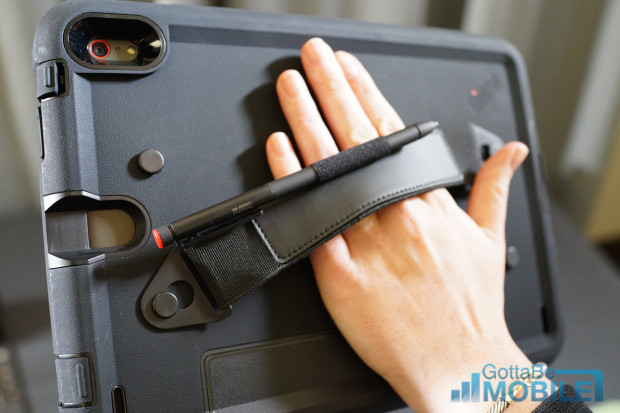 Lenovo also offers a fully ruggedized case that is designed with oil, gas and other industries in mind. This includes a hand strap on the back for easy gripping as well as a slot for a ThinkPad pen. This provides water-resistant closures on the ports to keep the device protected. A door on the bottom of this case allows users to dock in the ThinkPad Tablet dock. Pure bred rugged tablets can be prohibitively expensive, but Lenovo’s ThinkPad 10 rugged case is just a $69 add on.