The Lenovo ThinkPad Helix 2015 is a computer that comes at the Windows 2-in-1 problem from a fundamentally different angle than most of the machines we’ve seen from Microsoft’s partners. Lenovo has focused on providing notebooks with hinges that allow their displays to be flipped in on themselves. Microsoft produces its own Windows 2-in-1 that does things differently. Its Surface Pro 3 is really a tablet, with a detachable keyboard accessory and traditional notebook internals. The $800 Lenovo ThinkPad Helix 2015 is interesting because it’s one of the few devices to embrace a well-defined third way of approaching the 2-in-1 market. 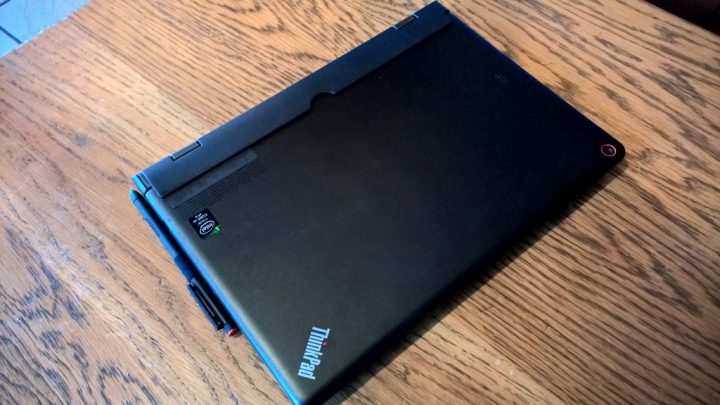 The ThinkPad Helix 2015 is a whole made of two halves. The notebook itself consists of a tablet display and a keyboard dock that the display plugs into.

The tablet half of the system looks like someone simply chopped off a notebook’s display. Its lower edges are pretty hard, providing a visual cue for the user when they’re ready to dock to the rest of the system. Decked out in a matte black plastic, the ThinkPad Helix 2015’s tablet half acts as the brains of the operation. Contained within it are all the things that make the package work like an audio jack, processors and storage. 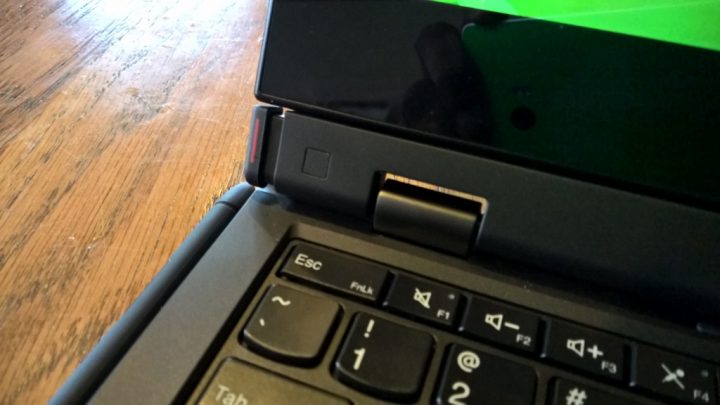 On the ThinkPad Helix 2015 2015 tablet’s back is a traditional ThinkPad logo, two speakers, a fingerprint reader and a five megapixel camera for capturing memories and adding pictures to notes. On the ThinkPad Helix 2015’s edges are a headset jack, volume buttons, mini HDMI port and a single USB 3.0 port. An embedded line wraps around the ThinkPad Helix 2015’s tablet half, giving the sea of black a hint of design. All of these ports have covers so that they blend in with the rest of the tablet’s design and protect them from damage. Port covers aren’t necessarily a new idea, but they are an interesting one. Most device makers swore off port covers years ago, hoping to make it easier for users to access what they need. A red ring around the camera lens in the upper left corner provides something for your eyes to focus on. 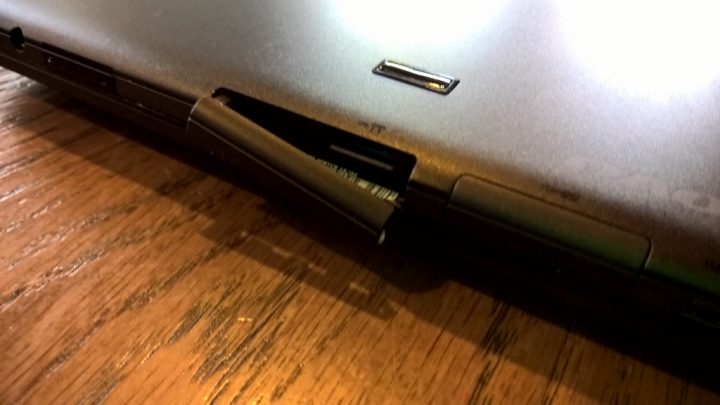 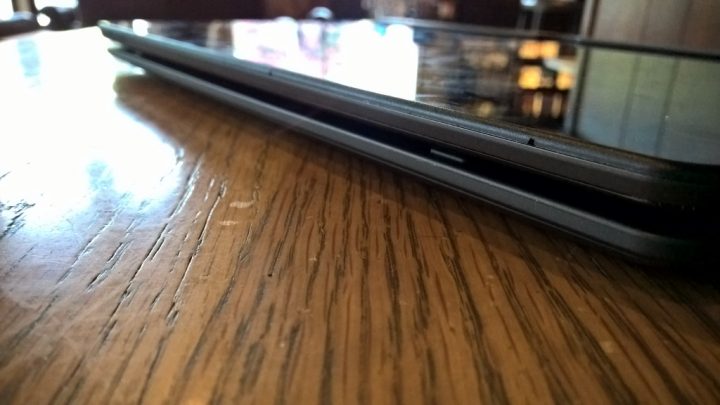 The ThinkPad Helix 2015 Ultrabook Pro Keyboard packs the same keys as the standard version, but also throws in a digitizer pen, pen holder, and full ThinkPad, TrackPoint support. This keyboard adds another full-size USB 3.0 port and a Display Port for outputting video to an external monitor or television. A built-in battery allows the ThinkPad Helix 2015 with Ultrabook Pro Keyboard to run 12 hours together, which I can confirm is possible from first-hand experience. 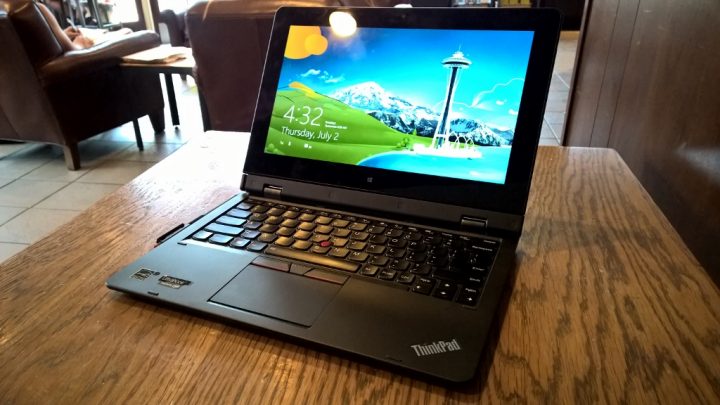 The model I tested came with an Intel Core 5Y71 processor and 8GB of RAM. Lenovo’s website allows users to configure the machine with less storage and 4GB of RAM. Though its Intel HD 5300 Graphics aren’t a true replacement for a dedicated graphics card, no one but gamers will notice. Every app loads fast, every program performed fine. 3D games like Star Trek Online aren’t the best looking, but this isn’t a dedicated gaming machine.

In Laptop Mode the ThinkPad Helix 2015 performs admirably. The ThinkPad Helix 2015 Ultrabook Keyboard turns the Helix into a notebook that’s just as competitive as anything Lenovo has put out. The keys are comfortable, with just the right amount of spring. The TrackPoint, Trackpad and extra ports perform as expected. Even better, the battery life upgrade you get is well worth it. Whether that’s worth $399 extra to you is something only you can decide, but power users will love it. Lenovo makes other Helix keyboard add-ons just as nifty. The Standard Ultrabook Keyboard costs $129. There’s a Folio available for $119, which is a pretty nifty idea too. 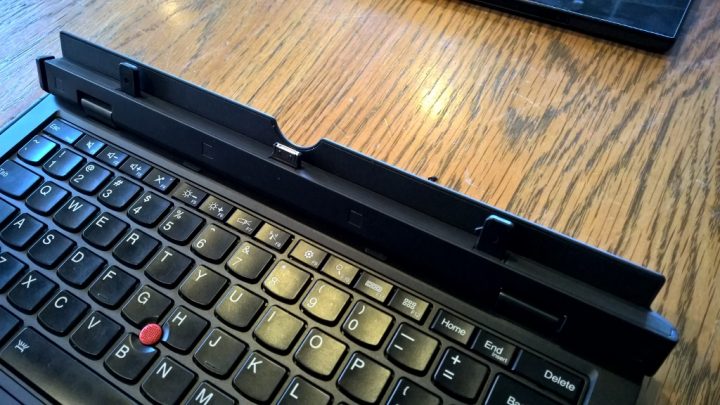 As a notebook the machine is excellent, but a 2-in-1 is only as good as its weakest transformation. The real problem with the Lenovo ThinkPad Helix 2015 involves its Tablet Mode.

The display is terrific, the internals of the tablet function just fine. Even the digitizer pen for taking handwritten notes functions reasonably well. Lenovo included a fingerprint reader for unlocking the machine, which worked well and become even more convenient when the ThinkPad Helix 2015 receives its free update to Windows 10 in late July. I am willing to give Lenovo the benefit of the doubt on the port covers that completely line one end of the ThinkPad Helix 2015 tablet. Attractive and convenient they aren’t, but they do protect the device from the elements. Almost none of that makes up for the way the ThinkPad Helix 2015’s tablet portion feels in the hand. It feels cheap, almost as if you might break it. 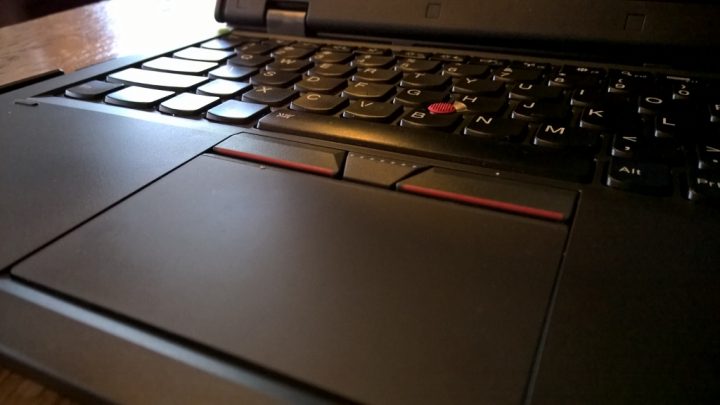 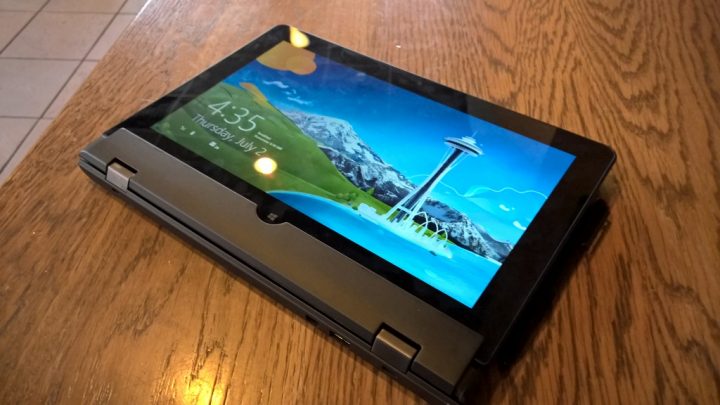 There’s some much to like about the ThinkPad Helix 2015. Lenovo took a pretty interesting idea and ran with it, introducing different keyboard accessories for different kinds of users. If you’re looking for a professional grade convertible that nails the notebook experience instead of the tablet experience the Lenovo ThinkPad Helix 2015 2015 is it.

If what you’re looking for is a quality tablet experience above anything else, I’m sorry to say there are better options. Powerful processor or not, the ThinkPad Helix 2015’s tablet experience is only redeemed by the optional pen and dedicated rotation lock buttons. Performance is stellar, but what you want in a tablet is portability and build quality above reproach. Performance comes with a pretty steep battery life cost.

The ThinkPad Helix 2015 is terrific for replacing a notebook, but only barely passable as a tablet. Choose your priority and act accordingly.