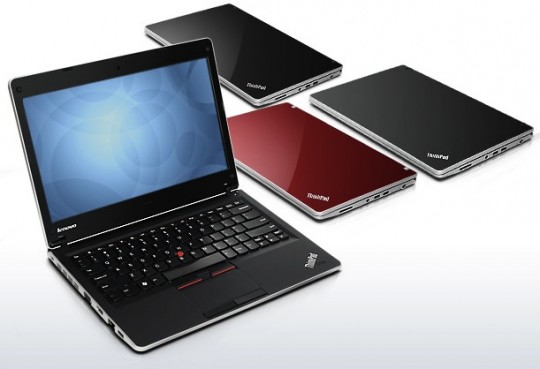 Lenovo is known for cranking out business workhorse computers (and great Tablet PCs). It looks like with the latest round of devices they are releasing at CES2010 they are trying to grab a share of the consumer market as well. As is the case these days, Lenovo dropped info on new models prior to CES2010 kicking off and here’s some info on the x100e and Lenovo’s new Edge.

The Lenovo Edge brings some Thinkpad info to the consumer realm will come in 13, 14, and 15 inch models, although the 13 incher will be first out of the gate priced at $549. Look for the larger models later this year. Yep, it’s a glossy wonder so if you’re like me and despise glossy, that will figure into your decision. It comes with both a multi-touch trackpad and the Lenovo thumbstick for moving that cursor around the screen. It looks like you can choose between the AMD Turion processor or either the Intel CULV Core 2 Duo or a regular Core 2 Duo chipset. Your connectivity options range from optional 3G, Bluetooth, or WiMax and of course WiFi is included.

To target consumers Lenovo is adding a small range of color choices as opposed to the typical black Thinkpad look and the keyboard has been reconfigured somewhat, so it will be interesting to see how well that does with traditional Thinkpad users who love those keyboards. (I’m one of those.)

Lenovo is planning to have the 14 inch Edge model on Best Buy shelves later this year, which will also be interesting to see. 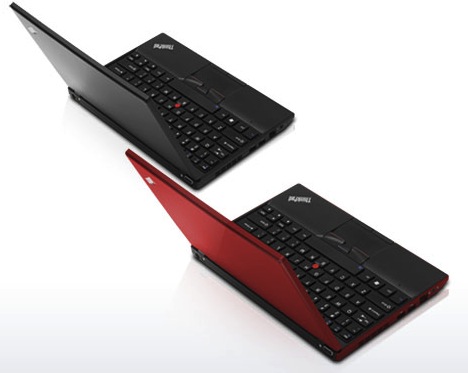 The X100e is an 11.6 inch Thinkpad and also has AMD processor choices available. Lenovo is labeling this as an entry level ultra-portable, which I think says alot about how they are viewing this line. It will come with most of the ThinkPad bells and whistles including both the multi-touch trackpad and the thumbstick. Prices for the x100e start at $449. You’ll need to look at the 6 cell battery if you’re interested in toting this around cable free though, as the 3 cell battery is being advertised to run only about 2 hours. I guess that’s what they mean be entry level.