Hot on the heels of having refreshed its entire Windows-based notebook lineup at the IFA 2013 trade show in Germany, Lenovo is also debuting a new flagship, specifically designed for larger Chinese markets.

With the Lenovo Vibe X, the company is stuffing some powerful internals into a body that’s been styled and refined. Using polycarbonate plastic, the device’s rear and edges are engraved with a sort of 3D texture. In a market where metals and glass are all gaining in popularity, Lenovo’s decision to create something with plastic flies in the face of what other manufacturers are doing with their handsets.. According to the company, the Vibe X weighs just about the size of five AAA batteries or 0.26lbs.

The device also features a 5-inch display with a resolution of 1920 x 1080 pixels, meaning users shouldn’t have a problem watching their digital videos in full HD, and as it’s an IPS display they can look forward to better viewing angles too. The entire display is also covered in Corning’s Gorilla Glass 3, so that if the device falls or comes in contact with keys at some point, users might not have to worry about replacing the device’s display. 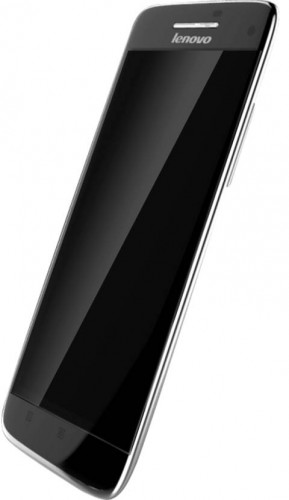 Instead of including the nearly ubiquitous Snapdragon processor in its flagship, Lenovo has opted for a 1.5GHz Quad-Core MTK processor and paired it with 2GB of RAM. While the device does include an internal microSD card slot, users won’t be able to choose between more than one storage capacity. The Vibe X will only come with 16 GB of internal storage.

Potential users will want to seriously consider adding extra storage if the device is going to act as their only camera. The Lenovo Vibe X includes a 13 megapixel rear-facing camera for taking high-quality photos and a front-facing 5 megapixel camera for taking self-portraits. The front-facing camera uses a wide-angle lens so that users can take self-portraits and include more of the environment around them.

When the device debuts in China in October, users can expect the device to run Android 4.2.2. According to the company’s press release it has no plans to sell the phone in Europe. It’s also remained quiet about any plans it may have for releasing a very of the device in the United States.