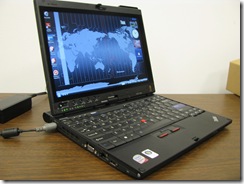 I’ve been living vicariously through Warner and his awesome Lenovo X200 Tablet PC reporting Ã¢â‚¬” man, he has done a fantastic job reporting on the X200, comparing it to the HP 2730p, and more. I believe a full X200 review is just about ready to get published, so stay tuned.

Fortunately, I no longer have to rely on Warner’s reporting Ã¢â‚¬” Lenovo just sent me a X200 Tablet to evaluate and I’m going to be doing just that over the next 90 days: giving my own impressions of the new design, the ultra-base, and also comparing it to the Dell Latitude XT. Unfortunately, I don’t have the touch unit, so I won’t be able to do any touch comparisons. I’m sure they will send one when those units are ready.

Meanwhile, I have to say: as much as I enjoy using the Latitude XT, there is nothing like a ThinkPad keyboard and trackstick. As soon as I started typing on the X200, my fingers felt right at home. The flush bezel is also a major improvement in usability for the tablet pc user.

I should also point out that Lenovo really outdid themselves on the new X200 ultrabase. Not only can the ultrabase charge the extended battery while plugged in to the tablet pc (which the Latitude XT docking station cannot do), but the new ultrabase also has a charging port that will charge an additional battery Ã¢â‚¬” that capability allows you to charge two extended batteries at the same time Ã¢â‚¬” that is a HUGE benefit to the mobile worker.

Here is a picture of the charging port on the new X200 ultrabase, with the old ultrabase sitting on top of it, as well pictures of the ultrabase charging the extended battery using the charging port. Stay tuned while I put the X200 through the paces Ã¢â‚¬” should be fun. 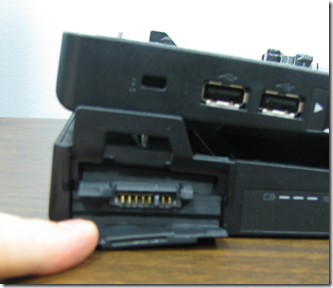 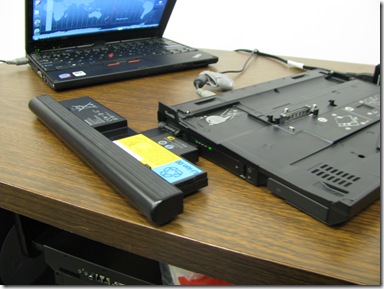 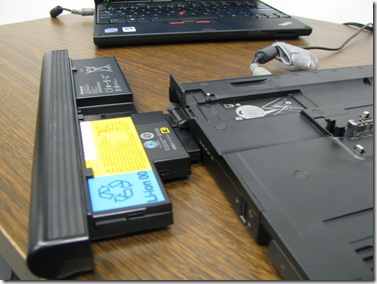