Lenovo, the world’s largest maker of Windows PCs, is no longer out to just sell users a machine anymore. Don’t misunderstand, selling machines is still a core part of the company’s plans, but supporting those machines is a world of accessories. Business and productivity machines in the company’s arsenal have companion mice that come with built-in wireless presenter controls. For gamers, there’s the Lenovo Y Gaming Precision Mouse, Backpack and Surround Sound Headset.

Admittedly, The Lenovo Y Gaming Surround Sound Headset wasn’t something that I thought I’d be the most excited about or pleased with. I’m sort of a headphone snob. The ideal gaming headset needs to be durable, and comfortable. It has to be relatively easy for users to take that headset and store it away when they want. It also needs to work with more than just their gaming PC; smartphone compatibility is a must. 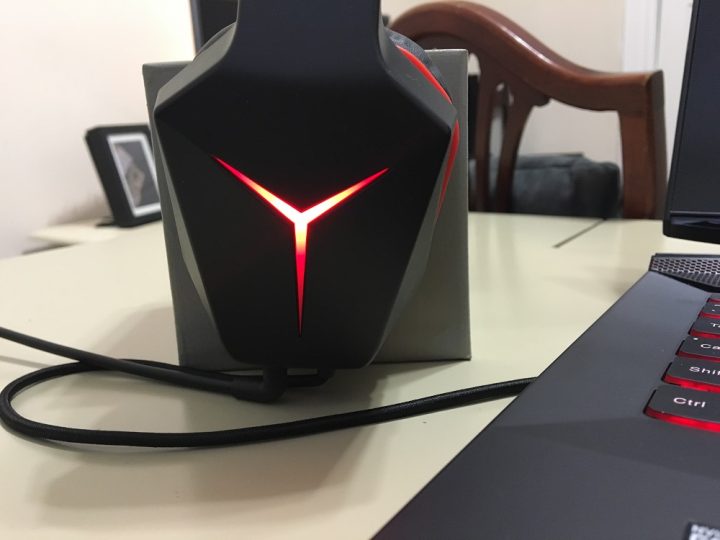 Lenovo tries to hit all of those marks with the Y Gaming Surround Sound Headset while costing just $69.99.

The attitude of the greater buying public towards headsets has to be frustrating for some game designers. For many, the cheap earphones that come with their smartphone are probably the only pair of headphones they’re going to use for any activity. At the same time, game developers are putting more effort into soundtracks and audio design in general.

Like other devices in the Lenovo Y Gaming line-up, the Y Gaming Surround Sound Headset is an all black and red affair. The outer edges of each cup are made of hardened black plastic. Each cup then sits on an arm that’s covered in a faux leather finish that’s warm to the touch and feels premium. 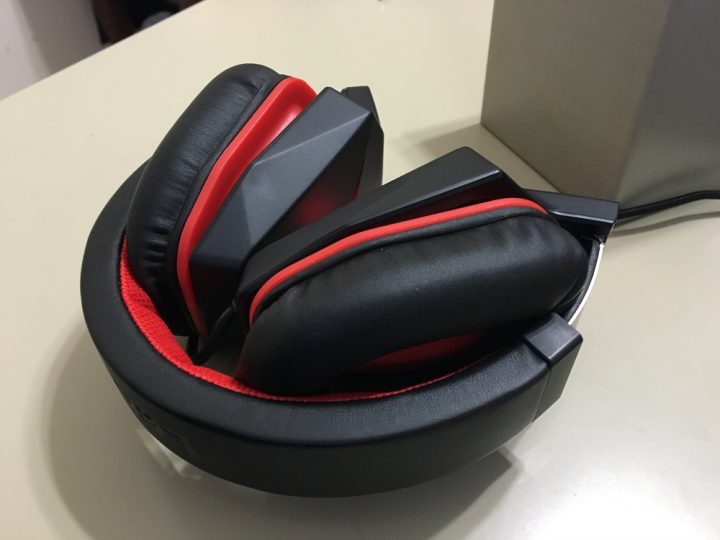 The actual cup holders themselves are made of red plastic. Smartly, Lenovo didn’t count on users just adjusting the band position of each cup. Both ear cup holders sit on a spring that forces them to adjust to the angle of your head. Combined with the noise-isolating padding, you end up with a tight fit that doesn’t let a lot of extra sound into the cup to break your immersion. The cups fold inward to allow the headset to be easily stored.

The black headband gets its dash of hot-red coloring from a band of padding that sits inside, sparing your scalp from the headache and pain that only wearing a badly designed headset for hours on end can cause. 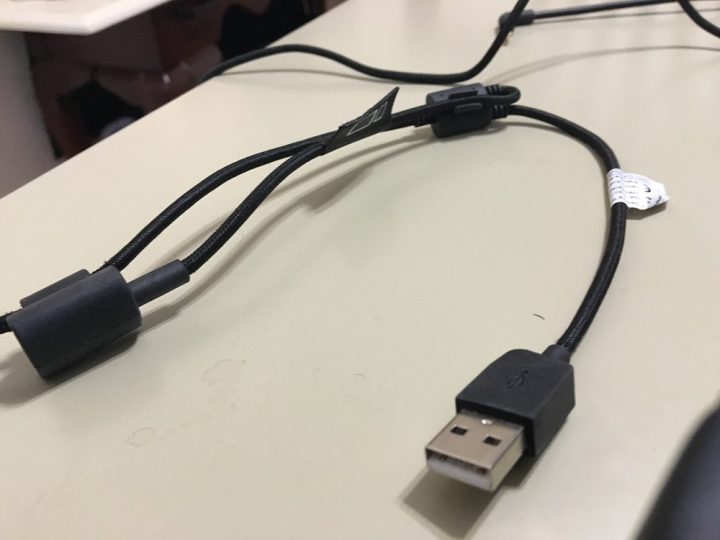 It’s a virtual surround engine built into the headphones that gives the Lenovo Y Gaming Surround Sound Headset their name. Frequency tuning and that engine allow the headphones to simulate the experience of having a subwoofer and three satellite speakers all pointing at you, provided you’re connected with a PC. The sound that this headset is able to pump out is terrific, easily on-par with some of the more expensive dedicated headsets from Razer and Tritton. You can fine tune to your specifications with add-on software from Lenovo if you want.

The Y Gaming Surround Sound Headset is for people who understand how premium audio can change the way you experience a game. As games have matured, their audio has become more complicated and diverse. Only a decent pair of headphones can do that music justice.

More to the point, audio design has become a basic part of game mechanics. Hearing a footstep in Call of Duty Black Ops 3 from what sounds like the right could mean the difference between catching an opponent in time and watching them run past you on the kill cam. It’s the same with Halo 5: Guardians, Assassin’s Creed Syndicate and every other game worth playing. 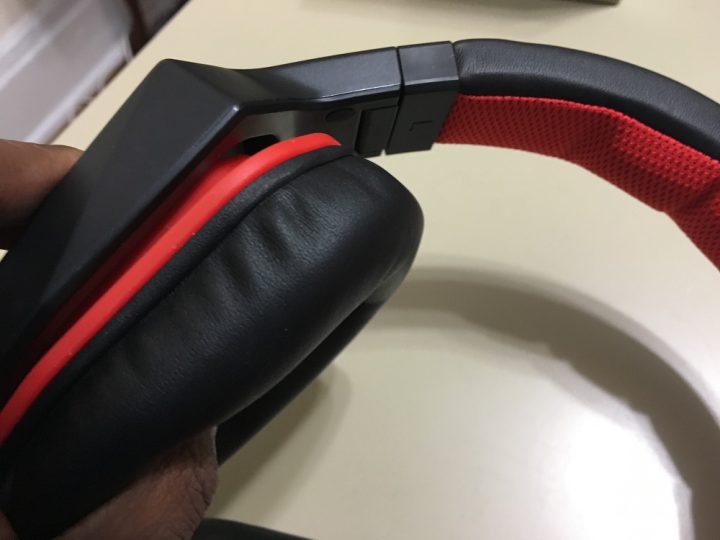 I’m not saying that my kill to death ratio in some PC games improved dramatically with this headset. I am saying that I actually knew what direction to look in before I was killed. Great sound can fix bad aiming.

Once they’d completed the rough design of the headset, Lenovo’s designers seem to have thought long and hard about what gamers want from their accessories. A detachable boom microphone connects to the left ear cup of the Y Gaming Surround Sound Headset, for in-game chat and talking directly with fans over YouTube Gaming and Twitch. 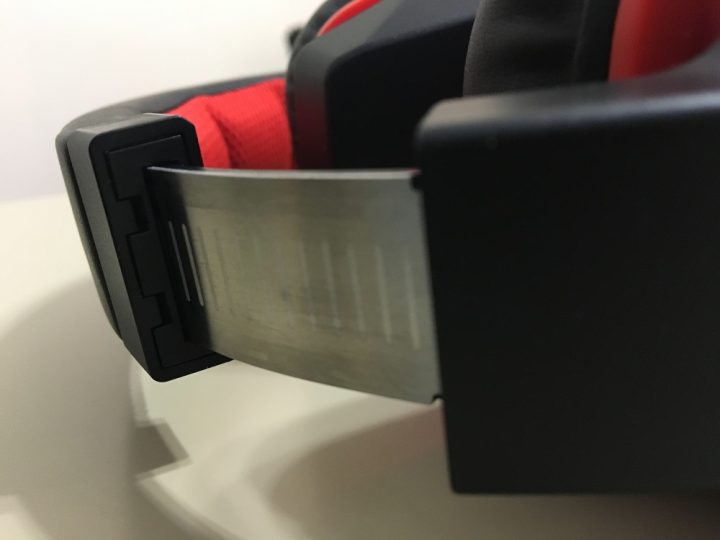 The Y Gaming Headset is pretty great for every kind of gamer. It does double-duty for both console gaming and PC gaming. One end of its cable houses a dedicated USB port. It’s counterpart is a basic headset jack. When plugged in to a PC with the USB port, the Y Gaming logos glow an angry red. It’s a nice touch that Lenovo’s other gaming devices include now too. A special holder embedded in the cable allows you to store the USB port or headset jack when you’re using one or the other. 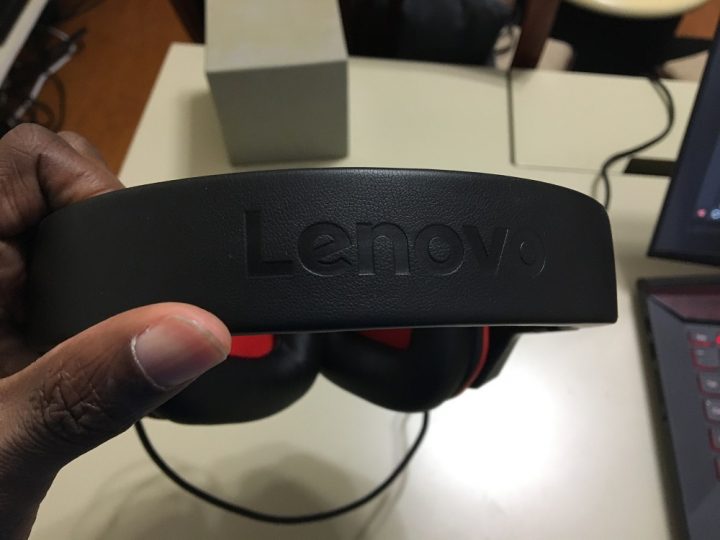 Plug them in together and you can play your games or listen to music from your smartphone at the same time. Lower the volume with the in-line remote and both the PC that you’re connected to and the smartphone that you’re listening to music from adjust. It’s a neat trick, one that I used a lot to add a little pep to my gaming sessions in Cities Skylines. Connecting to both devices was easier for me than running in and out of Steam’s overlay to change songs. 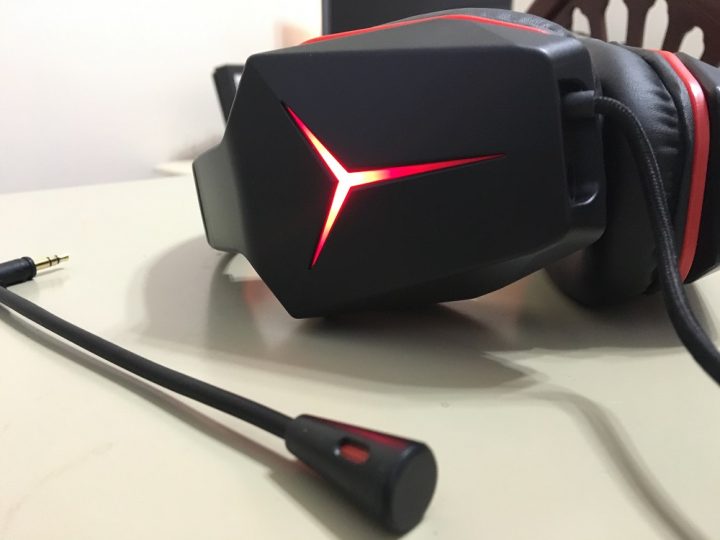 $69.99 isn’t too much to pay for great sounding, versatile and durable headphones, even if you will look a little conspicuous in public with the glowing red y logos.