Gamers looking for powerful, affordable notebooks to suit their many needs will soon have two more options in the 15-inch Lenovo Y50 which will join the equally powerful 14-inch Lenovo Y40.

Lenovo has announced two new notebooks in the Y50 and Y40, both of which are set to deliver a high-quality gaming experience without the steep price point. These fully featured laptops won’t start upwards of a $1000. Instead, both the Y40 and Y50 will command a $999 starting price tag, cheaper than many of their competitors and a far cry from the price tags of a few years ago. 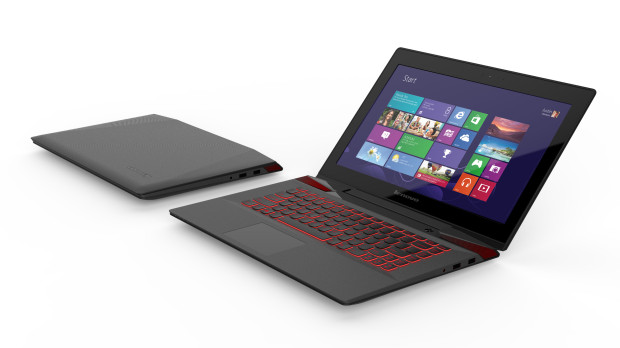 The Lenovo Y40 is the company’s brand new non-touch 14-inch gaming notebook. Powered by Windows 8.1, it will come with configurations that offer up to an Intel i7 processor, standard FHD display, standard Intel HD graphics or optional AMD Radeon R9 M270 4GB graphics, and up to 1TB of HDD storage.

The Y40 weighs a mere four pounds and is 23mm thick. It offers up to four hours of battery life, key for those that want to take their gaming on-the-go.

As for Lenovo’s Y50, it brings a few different features to the table. While it shares many of the same specifications, it comes with a larger 15-inch display. While the Y40 is non-touch, the Y50’s 15-inch display comes in either non-touch or touch forms.

In addition to the optional touch screen, the Y50’s 15-inch screen comes with a few different options when it comes to resolution. Buyers can choose between Ultra HD 3840 x 2160 resolution display or a Full HD 1920 x 1080 display. It also gives consumers the option to upgrade to the NVIDIA GeForce GTX. It also comes with a red, backlit keyboard with rounded keys, an essential component for many gamers.

The Y50’s sleek design is a little bit heavier than the four pound Y40, adding .7 lbs with the non-touch model and a full 1.7 lbs to the touch version of the 15-inch notebook. Thickness remains the same.

The company has not yet tagged the devices with specific release dates telling Gotta Be Mobile that it expects them to hit shelves at major retailers across the country starting in May. Release dates will be announced closer to release.