Lenovo’s Yoga series of notebooks changed the very nature of notebooks with their hinged design. Lenovo Yoga notebooks are a part of the growing number of Windows notebooks that can morph into tablets effortlessly.

Instead, the new Lenovo Yoga 700 slows down the evolution of the notebook -tablet hybrid. It’s a refinement, a showcase for smaller changes. New processors and graphics hardware from Intel’s 6th generation of Core processors add some muscle and keep the machine quiet. Microsoft’s Windows 10 provides an operating system that’s finally usable in Tablet Mode and Notebook Mode. 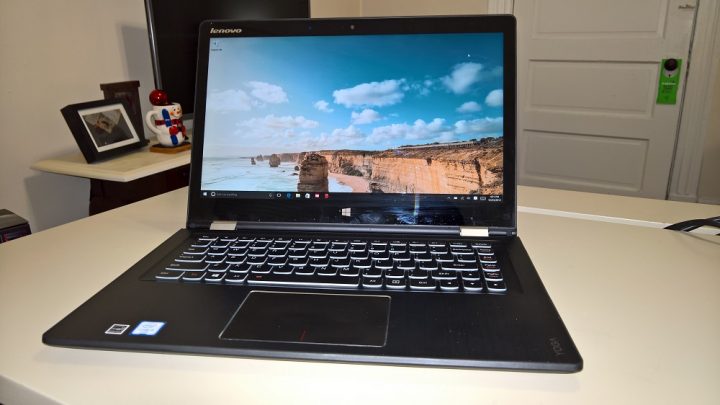 None of these changes hurt the Lenovo Yoga 700, though there is something surprising that does: it’s software drivers.

The outer shell is black or silver and devoid of any flourishes. Tapered edges when closed give users the feeling that the notebook is thinner than it actually is. It measures 0.72-inches from top to bottom. Certainly, it’s not the thinnest notebook ever. That’s ok because the chassis feels armor-like when closed. 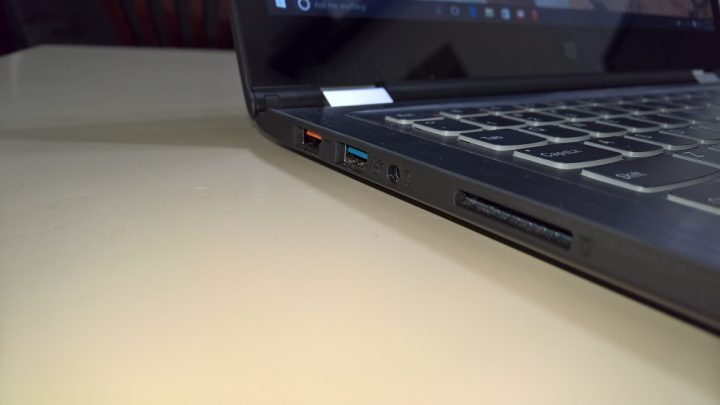 The keyboard deck doesn’t have any flex. It’s the portion of the Lenovo Yoga 700 that uses the metal casing borrowed from more expensive machines. Set within this sleek sea of metal are AccuType keys that are slightly separated and backlit. There’s also a reasonably spacious trackpad. While it isn’t glass, it does have a very satisfying click.

The outward facing half of the keyboard deck and the lid of the Lenovo Yoga 700 have plastic shells that won’t scratch easily. While examining the edges of the lid and keyboard deck, you’ll notice Lenovo has acted on the feedback from those that purchased older Yoga notebooks. Lenovo has textured the rim of the notebook so that the screen is far easier to grip when transforming and when in Tablet Mode. The texture also adds some grip when in Tent Mode, though I doubt anyone will actually use that one. 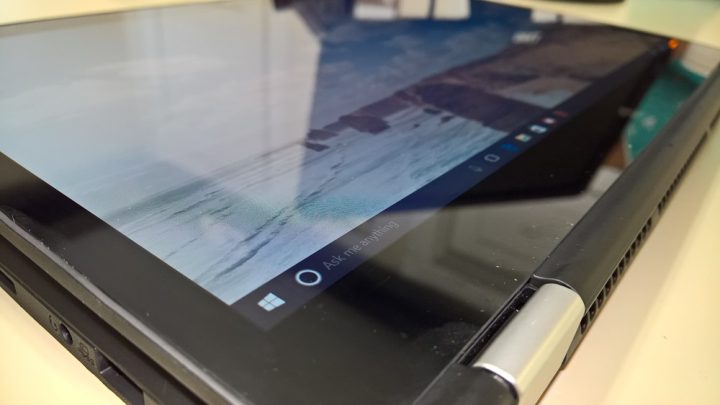 A web camera for video chatting and self-portraits sets atop the 14-inch Multi-touch display which dominates the Yoga 700 when opened. Below that display is a touch-sensitive Windows button that allows users to quickly return to the Start Menu in Tablet Mode. Windows 8 required this button. Microsoft’s latest operating system doesn’t need this button because the Taskbar has one available at all times.

It’s great to see that Lenovo decided to keep the physical button and make the Tablet Mode feel a bit closer to complete, even as other companies eliminate it in favor of the software button.

On the edges of the Lenovo Yoga 700 are all the ports that a modern notebook requires. There’s a headset jack and two USB 3.0 ports on the left edge along with a media card reader. The company could have easily gotten away with not including the media card reader, but it chose to do right by professionals and avid picture takers. 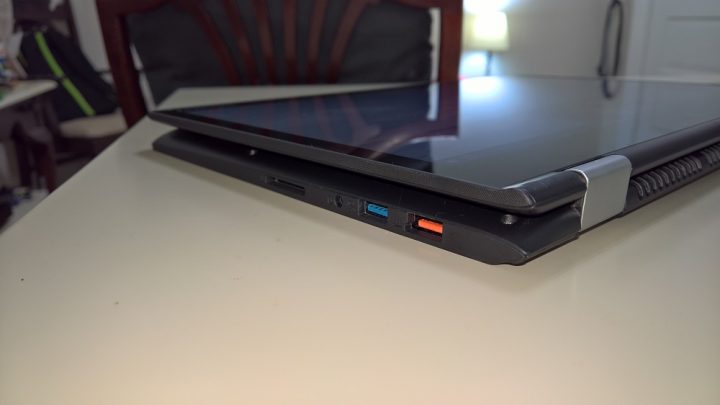 I found myself using this reader on a business trip where a USB cable for my camera wasn’t readily available. I am a little disappointed that buyers can’t stick a card there and use it to permanently boost the amount of storage available. The card reader is so shallow that SD cards and other types of media don’t fully fit into the body of the notebook.

Volume buttons, a mini HDMI port and a second USB 3.0 Port sit on the right edge of this machine. Lenovo did side-mount the power button, but set it back further from the front edge so that you aren’t accidentally bumping it as you pick up the device. The Lenovo Yoga 700 is another of Lenovo’s machines to include a power port that can double as a USB port. This port is only capable of USB 2.0 speeds but that’s fine because more ports are more ports. In addition, not having a specialty charging cable is an idea that anyone can get behind. 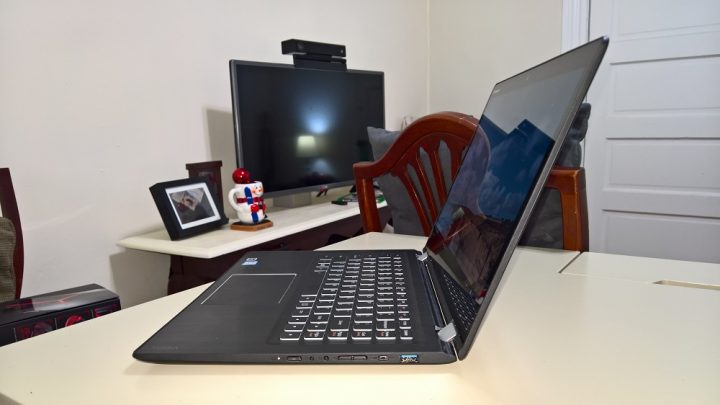 Lenovo has models of the Yoga 700 that come equipped with a 6th generation Intel Core i5 processor, 8GB of RAM, Intel Integrated 520 graphics and a 128GB Solid State Drive. This model costs $849.99 from Lenovo’s online store.

The model I received was slightly enhanced. It came with a 256GB SSD. More expensive models come with a discrete NVidia GeForce Gt 940M graphics card with 2GB of RAM and an Intel Core i6 processor. You’ll want these improvements for any light 3D gaming that you do. Outside of that, the entry-level model performs well enough in everyday tasks.

The solid state drive keeps the machine starting quickly. The Lenovo Yoga 700 is a Windows 2-in-1, but it’s not meant to be ultraportable. The machine is 3.5 pounds which leaves space for an internal fan. Early on, I worried that this fan would become annoying when in Tablet Mode since I’ve grown accustomed to Microsoft’s fan-less Surface Pro 4.

I envisioned myself hearing it whirring as I watched Netflix or played even the simplest game. I didn’t hear it at all, though, because 6th Generation Intel Core processors are known for being less power-hungry and producing less heat. Stress the processor and you’ll hear the fan, but that’s both expected and reasonable.

Intel’s drivers do negatively effect the Lenovo Yoga 700’s performance, though. Drivers are small bits of code that tell Windows how to interact with the hardware inside a machine. The Yoga 700 and Microsoft’s own Surface Pro 4 both suffer from some glitches that are definitely linked to the most recently released Intel drivers. Sometimes, my screen would lock as I was browsing the Internet in Microsoft Edge. Other times, the machine would fail to wake from sleep. 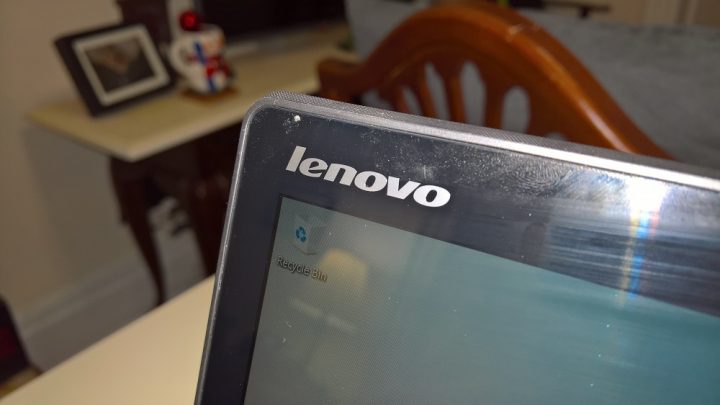 Recent updates to drivers and Windows have cured the driver failure issue, but have not solved some of the weird lock ups when waking from sleep. If you pick up a Lenovo Yoga 700, begin by installing updates immediately. It might save you a day or two of pain. Again, my time with the Microsoft Surface Pro 4 lends me a unique perspective in this area. These driver issues are present on that device too, but have become less frequent with new software updates.

Lenovo doesn’t include a camera for unlocking the device using your face with Windows Hello in this machine, but it does support two of Windows 10’s other big features. Pushing the screen back on the Lenovo Yoga 700 prompts Windows to ask if you’d like to enable Tablet Mode. In Tablet Mode, apps and programs take over the entire screen and the Start Menu stretches from bezel to bezel. Everything becomes a little more finger-friendly. I always configure this switch to happen automatically. 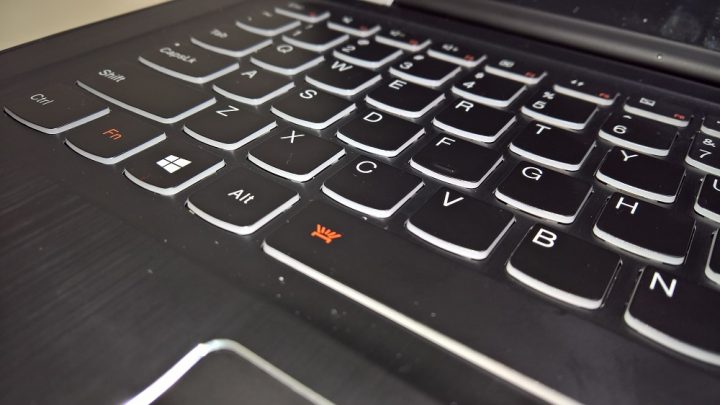 The microphones inside of the Yoga 700 allow you to call on the Cortana personal assistant without a button press. Cortana always heard me when I was in the same room as the PC. She also understood exactly what I was saying.

The FHD 1920 x 1800 14-inch display inside the Yoga 700 is gorgeous. That Windows 10 sometimes struggles do right by it is a bit sad. I ended up tinkering with the default zoom settings to get on-screen elements to the right size. Out of the box, the zoom setting inside Windows 10 made everything look awkward.

Windows 10 also had me thinking that the 14-inch display wasn’t as bright as some other devices. A few hours after opening it, I realized that even at 100% brightness Windows was heavily dimming the screen. 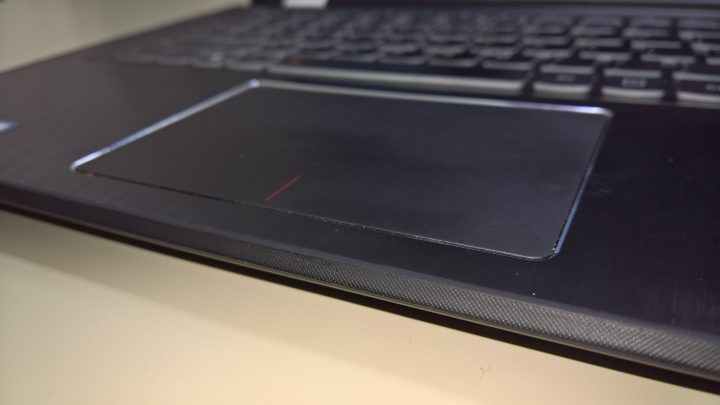 The Yoga 700 only disappoints me in two ways. First, the machine is heavy at 3.7 pounds. Secondly, Lenovo has yet to find a way to deal with the amount of display wobble that comes from using the device’s touchscreen outside of Tablet Mode. This issue isn’t actually caused by the metal hinges, but by the sturdiness of the material Lenovo used for the lid. It’s a bit disconcerting. It certainly doesn’t fit in with the mid-range price-point that Lenovo is going for.

I wasn’t too impressed with the texture of the trackpad or its performance, but Lenovo continues to deliver the best keyboards in computing today. The click, the travel the feel of every key in the Yoga 700 is terrific. I only wish that Lenovo hadn’t experimented with the Delete and Arrow keys column by stuffing in Home, End, Page Up, and Page Down keys. I hit these keys instead of the ones I meant to more than few times — even as I wrapped up my month with the machine.

Lenovo Yoga 700 Review – Should You Buy? 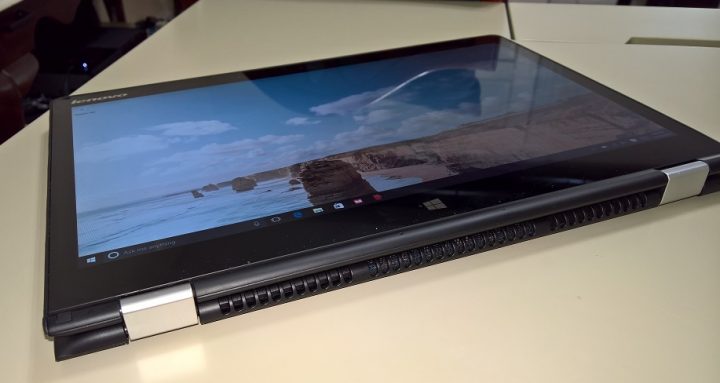 Lenovo pioneered the notebook-turned-tablet form factor. The Yoga 700 improves on that form factor with the benefits that a new processor provides: less fan noise and better battery life. Lid wobbling aside, it’s a terrific machine for anyone that values decent internals and a fantastic keyboard.