Lenovo, YouTube and host of space agencies have teamed up to kick off what can only be described as the most awesome science project ever.

Starting today, students 14-18 can think up a science project to be carried out in space. Students are encouraged to record a video of their idea, be it a mockup or an explanation in front of a white board, and upload it to YouTube. Students have until December 7th to upload their entries.

Starting on January 3rd, the Youtube community and a panel of judges including Stephen Hawking, space leaders, explorers, teachers and imagineers will pick the 60 finalists to fly to Washington D.C. for a chance at prizes including a Zero G flight, Lenovo IdeaPad and ultimately the two winners will get to go to an authentic astronaut training experience in Russia.

The contest will culminate in a live stream from the International Space Station in which an astronaut will perform the top two science experiments. 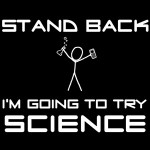 The partnership and the contest is designed to spark a desire in science and space. There will be learning materials available for teachers to share in class about the venture.

Lenovo is also making a special YouTube Space Lab Edition ThinkPad Tablet. This table will include an ISS mission patch, sticker and bag as well as noise cancelling headphones and science apps like Google Skymap. The tablet will be available in the U.S., Germany and the United Kingdom.

You can get a look at the ThinkPad Tablet in our review, where it earned an Editor’s Choice award.

Lenovo has played a large role in the space program, with over 140 ThinkPads in use on the International Space Station, and on many shuttles.

More SpaceLab information for educators and students is available at SpaceLab.