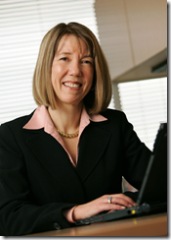 It is always a good thing when the “higher ups” at OEMs come out talking about their technology. It usually gives insight in to their thinking and future product movement. This comment from Fran O’Sullivan, Lenovo’s Chief Operating Officer, is no different. She was interviewed  by ITPro and offered up this answer when asked if all mainstream notebooks will eventually turn into tablets or is it really just a vertical market?

I don’t think it will ever replace the notebook but the applications where the tablets are working – in vertical or in education – we could not be happier with our tablet results. I was reading on the plane over that one of our corporate partners said ‘Lenovo did not create the tablet category but they did perfect it’. We really have worked hard on the getting the best of long battery, thin and light and a clamshell when you need it to be or switching to a tablet when you need it to be. And it’s popular; we have been pretty much chasing demand since we announced it.

We’ve been very successful in verticals, in education. But in general there certain individuals – we have them within Lenovo – who are tablet people. People tend to say either ‘we love tablets!’ or ‘I’ll go back to the notebook’ but nothing in between. It’s black and white, there’s no grey.

Lenovo doesn’t think it will ever replace the notebook? Tablets, including convertibles, are destined to the vertical space forever? Isn’t the X61 Tablet PC an X61 Notebook with additional features? What is vertical about that?

You can read more of the interview here, and find out what she has to say about handwriting recognition, keyboards, and what is in store for future Thinkpads.