Let There Be WiFi: AT&T Lights Up Colleges with Broadband

Though UC Berkeley’s college motto may be “let there be light,” a nod to the knowledge that’s both instilled and created through research on campus, that spread of “light” is aided by AT&T’s broadband and mobile broadband networks. In a partnership with the University of California, Berkeley, telecom giant AT&T is providing the school with enhanced WiFi and cellular network coverage in an effort to improve reception, enhance communication, and promote education on and off campus. As part of AT&T’s Velocity IP project, the move provides over 3200 wireless access points as well as improved cellular and 4G LTE coverage throughout the sprawling campus.

While the initial benefits of being able to surf the Internet, conduct research while untethered from an Ethernet cable, and connect with classmates and cohorts are there, the network also has impact to faculty, staff, visitors, and Berkeley’s PAC-12 athletic programs. AT&T’s Alex Carey and his team took me behind the scenes at Berkeley to show how AT&T is wiring up college campuses to literally “unwire” students from the chains of Ethernet cables.

Cal’s student athletic director Paul Savage says that at the Berkeley Memorial Coliseum, which houses over 60,000 spectators for football games, improving the fan experience is an important goal. Fans could tweet and report incidents right away and get fast reaction from the athletic department or campus security, and Cal’s athletic staff could tweet and send out coverage immediately to members of the press. The coaching staff could also rely on the network to download videos to watch game play and update strategy, and fans could upload pictures and share their experiences on social media. 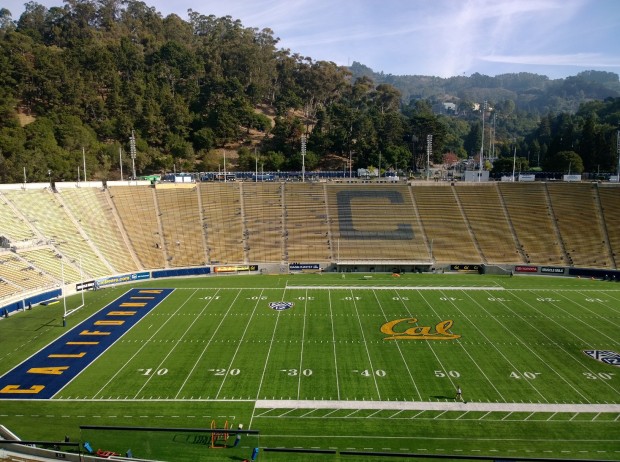 At the Coliseum, AT&T currently is deploying a number of temporary Cellular on Wheels (COWs) to improve cellular coverage. The COWs will be be replaced by permanent fixtures at the stadium by May, a tough challenge for an open-air coliseum without tiers or boxes to mount equipment on.

Throughout campus, the best-in-class network installed by AT&T remedies a lot of challenges that disparate networks funded by different Berkeley departments created. A single sign on keeps users signed in as they switch between access points without requiring them to re-authenticate as they move from building-to-building, and students and faculty have a secure Air-Bears network while visitors could still stay connected either through cellular coverage enhanced by AT&T’s Distributed Antenna System to boost coverage and reception, or through a public AT&T WiFi network. 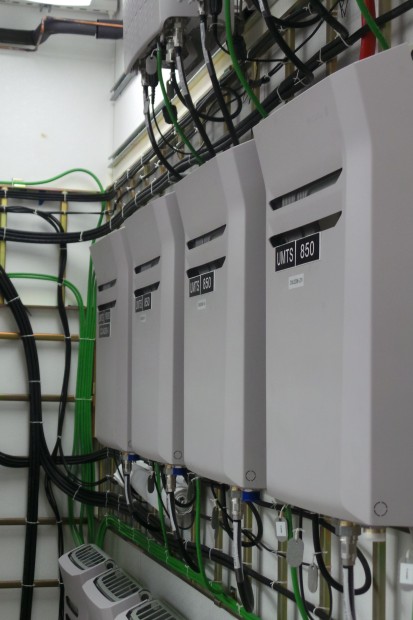 The partnership saw the installation of WiFi on over 150 buildings throughout campus that provides connectivity to over 37,000 people every day.

AT&T says that both WiFi and DAS systems are needed in the installation as each system helps to offload excess traffic from the other. This helps to increase coverage, capacity, and connectivity while offloading strain from the 4G LTE and cellular data network. The network is said to reach speeds up to 30 Mbps for campus users.

And according to campus telecommunications director Michael Green, the network equipment is network neutral. Though AT&T is installing the equipment, other carriers could also piggyback on the network through additional partnerships. This means that if T-Mobile, Sprint, or Verizon decides to come in later, they won’t need to install separate antennas and network equipment. The move would help to save cost and also create a more pleasing installation where buildings won’t be cluttered with unnecessary equipment. 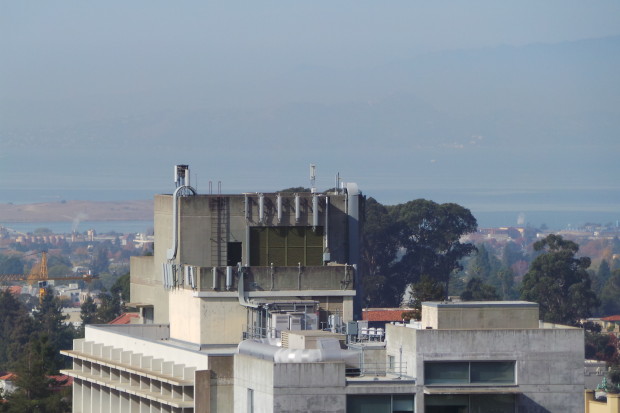 Cellular antennas mounted to rooftops of buildings throughout campus.

The DAS systems installed throughout campus provides the equivalent coverage of six cellular antennas, which is enough to cover the town of nearby Walnut Creek, for example.

Savage says that readily available broadband coverage was an important factor to the success of the University’s transition to Google Apps. By having shared calendars, emails, and cloud collaboration of documents, ubiquitous network connectivity was required to keep everything synchronized and up to date. 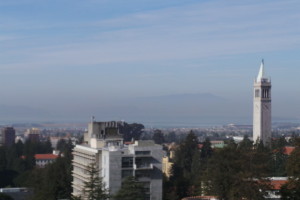 Can you spot the antennas on the roof?

Students are also noticing the improved reception that the network installation has had. “Students no longer have to run to the rooftop to make a call, or hold their phones out a window to get reception,” sophomore student Skyler Rojas said.

READ: This Is How Your Phone Connects to a Cell Tower

And in addition to connecting with each other, Berkeley students can also download e-books that are part of their coursework, watch lecture videos, and collaborate. Faculty can also upload videos and share videos as the University is a content producer.

In addition to Berkeley, AT&T has also been installing network equipment at other colleges, sports facilities and stadiums across the country, including the University of Southern California in Los Angeles, California, the Sun Life Stadium with the Miami Dolphins, AT&T Park where the San Francisco Giants play, and the Amon G. Carter Stadium.