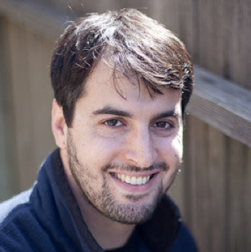 The carriers succeeded in mangling the English language when the marketing geniuses equated “unlimited” with 5GB of data. Some raised a stink, but most just went merrily along. Now it looks like the word, and indeed the concept of “open” might be the next casualty.

This has actually been going on for some time now as the battles between Google and Apple have been heating up. Google, and the Android clan, promote Android as “open” versus Apple’s “closed” control over the iPhone system. MG Siegler famously took Google’s “open” to task awhile back. Steve Jobs, in his now infamous rant on a recent earnings call, brought the issue up again, saying that “open doesn’t always win.”  The latest shot though comes from developer Joe Hewitt.

Hewitt worked on Firefox, created the Facebook App for the iPhone and touch web interface, before famously saying he was done with the iPhone, and apparently has some clout because of his efforts. Apparently spurred by Jobs’ recent attacks, Hewitt took Google’s approach to “open” apart on a running Twitter rant. You can read his Twitter stream here, but there’s been other topics since the rant. TechCrunch has an excerpt here. The essence of Hewitt’s point is that Google’s Android view of “open” doesn’t hold water when you think of “open” in the concept of Firefox, Linux, or as he puts it Chrome OS. Definition-wise he’s correct.

This debate will likely continue for some time, and regardless of what Hewitt, Jobs, and those who decry the Android concept of “open”, Google’s marketing definition (and the using of it to differentiate itself from Apple)  will probably stick in the minds of most.

What you’re looking at is how easy it is to take a word that defines a concept and twist it beyond any semblance of the original meaning. Language is a living thing, until marketing mavens kill it by using it this way. The same thing happens in selling anything from products to politics.

I happen to agree with Hewitt, Siegler, and that camp, but that doesn’t really matter. This battle has been lost to the marketing mavens. I’m chalking “open” up as another casualty.