Sad news for many in my generation and those who follows music from others. Noted drummer and singer Levon Helm passed away today from cancer. Most famous for his work with the group simply called, The Band, Helm’s  distinctive voice was a signature of The Band and he was probably one of the most famous drummer/singers in music history. Condolences to his family, friends, and legions of fans. Helm can finally “take a load off” and rest in peace.

The point of this post though is to point out just how silly media gate keepers can be. We all know what happens when an entertainment celebrity dies. If they are a recording artist, sales of their music spikes. (Remember the brouhaha when Whitney Houston died when some vendors raised the prices?) If they were in film or TV, we’ll see rentals and purchases of fans wanting to catch them. 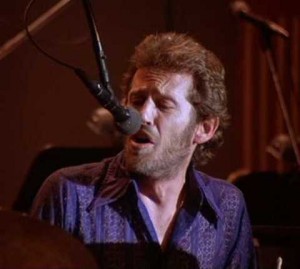 But in this digital age when most things are within our reach with a single click or tap, there are still some issues. I was a big fan of Helm and The Band. When I heard he passed I thought I’d check to see if I could digitally rent a copy of The Last Waltz, the Martin Scorsese film of The Band’s final performance in which an all-star lineup of musical greats joined them for one heck of a concert. I’ve seen the movie before, but this is one of those moments that I’d love to see it again. Shame on me for not owning a disc-based version of the film. But shame on whomever controls the rights and permissions that would allow it to be on any of the services we can all rent films from these days. But as impressed as we all seem to be with the size media catalogs that are available to us, there are still various reasons why some things aren’t available for a price.

Intriguingly, I’m guessing that those who want to pirate a copy of the film in the wake of Helm’s death will be able to find it easily enough on the torrents. The point being, tonight and for the next few days, I’m guessing there are a number of fans of Levon Helm who would gladly pay to watch The Last Waltz if they could get it on line. I’ll be watching some YouTube clips tonight and listening to Helm’s music.

If you’re unfamiliar or just want a small tasted of Helm’s work. Check out this YouTube clip from The Last Waltz. (Until someone takes it down.)